Books and Music: an Artistic – Literary itinerary in the Stockholm Archipelago

The Stockholm Archipelago, just a few minutes from Sweden’s capital Stockholm, is composed by 30.000 islands islets, from Arholma in the north to Landsort, 150 kms south.

Every single island has its own character and landscape, where nature comes in many different shapes: wooded islands, rocky cliffs and sandy beaches. Islander villages become very lively in the summertime thanks to tourists and events, while during the rest of the year they are true oases of peace and tranquillity. 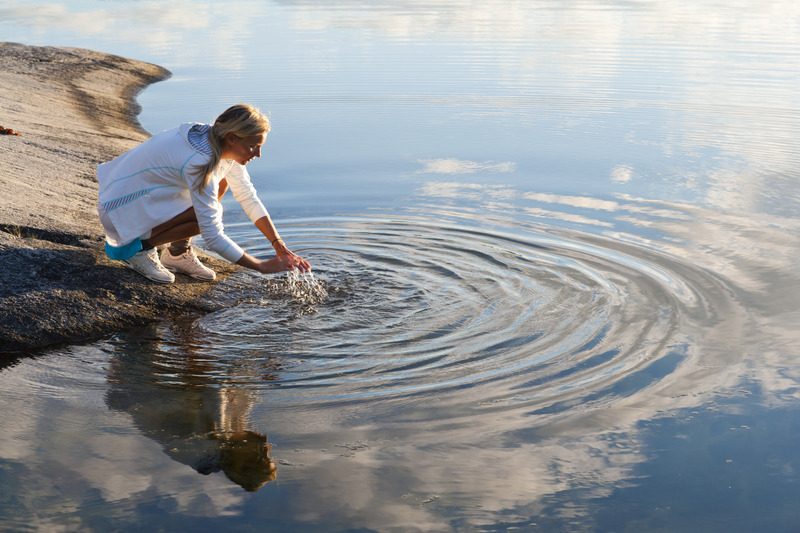 Many artists and writers have found inspiration in this poetic world. Visit Sweden has created – and very kindly shared with me – an artistic-literary itinerary to discover the islands Stockholm Archipelago:

RUNMARÖ: Fredrik Sjöberg, entomologist and collector of syrphid flies, brought Runmarö island to worldwide readers with his novel “The Fly Trap”. It’s one of the biggest islands in the archipelago, that hosts villages and ponds, and is famous for its variety of orchids. The island’s many paths allow walking and biking along the coast. Nobel Prize in Literature Tomas Tranströmer used to spend his summers on this island and often described its atmosphere in his poems: “I have this idea that every human being has his barycentre in a specific place. Like a sphere that rolls and rolls until it finds the lowest place where it can stop. For me, that place is here. When I sit on the pier and my gaze gets lost on the water, I feel like this is my starting point”.

KYMMENDÖ: Kymmendö is in the southern part of the archipelago and his inhabitants inspired August Strindberg to write his famous novel “The People of Hemsö (1887). Strindberg knew the islanders very well, having spent many summers on the island, where he wrote “Master Olof” (1872) and found inspiration for “By The Open Sea” (1890). The true inhabitants of what he defined his “paradise on Earth” though, didn’t like that the writer took their life and their island as a model for the book and, feeling betrayed in their hospitality, banned Strindberg from Kymmendö for life. In the 40’s young Stig Dagerman stayed on Kymmendö, writing his novel “Island Of The Doomed” (1946). It’s still possible to visit the cottage where Strindbergs used to retreat to write and, during the summer, it’s possible to take part in visited tours. www.waxholmsbolaget.com/visitor/resa/resmal/kymmendo/

SANDHAMN: The small island of Sandhamn, in the most external part of the archipelago, is one of the most lively islands in the summer, being a well-known meeting point for sailors and a starting point for sailboat races organised by the Royal Swedish Yacht Club. In late 800’s many famous writers and painters visited Sandhamn to find inspiration but also to have fun. Famous paintings by Anders Zorn “Sandhamn” and “The Swan” were born on the island. Strindberg, Verner von Heidenstam, Gustaf Fröding e Bruno Liljefors were other faithful visitors. Today, author Viveca Sten sets her best-selling thrillers here; her novels even became the TV series “The Sandhamn Murders”. In the “Millennium” trilogy by Stieg Larsson, the character Mikael Blomkvist has a cottage on Sandhamn where he goes to relax and retreat alone with himself. One part of the island is covered in pinewoods bent by the wind, and sandy beaches; the other side is inhabited and the idillic village features ancient wooden houses together with fascinating modern buildings, hotels, cafes and shops. www.destinationsandhamn.se/en 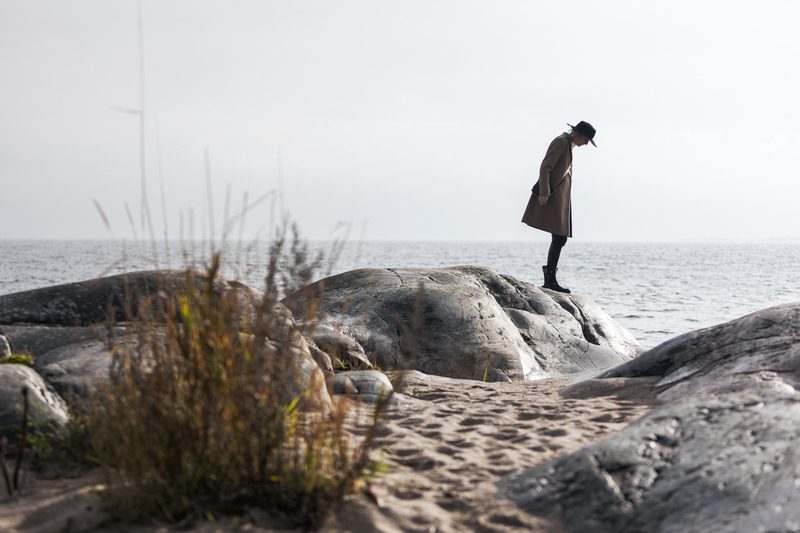 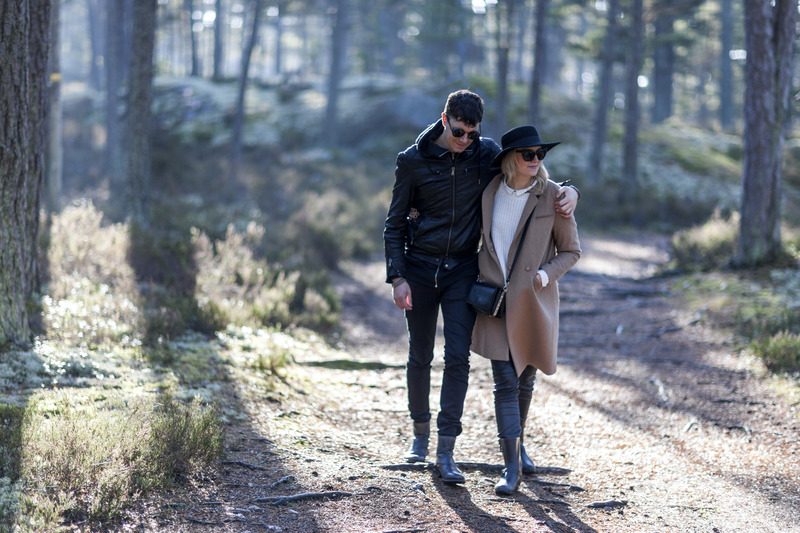 HUSARÖ:  The island of Husarö is in the area where the outer archipelago becomes wilder. Unlike the other islands, houses of Husarö rarely arrive until the beaches. Stieg Larsson used to rent a house here in Husarö, which is still mentioned in the second chapter of the Millennium Trilogy: The Queen of Cards. The island is famous for its blueberries, which inspired famous illustrator and children literature writer Elsa Beskow for her “Peter in Blueberry Land” (Puttes äventyr i blåbärsskogen, 1901), published in more than 20 languages worldwide. 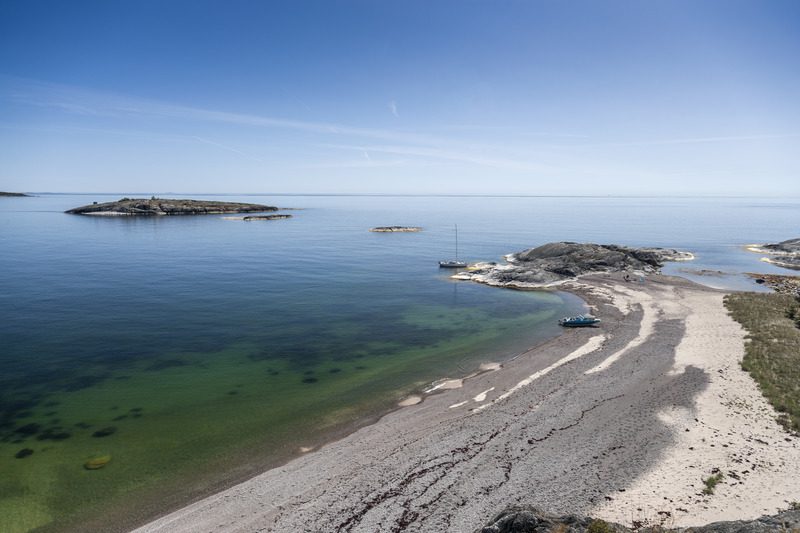 Beaches of the archipelago – Henrik Trygg/mediabank.visitstockholm.com

FURUSUND: Furusund, in the northern part of the archipelago, was the favourite destination of nobles back in the 1800’s, as well as a retreat for many famous writers and artists in general. August Strindberg found in Furusund many hints for his novels, such as “A Dream Play” (Ett drömspel). Astrid Lindgren spent many summers on the island where she found relief from the pressure of the city: Furusund is connected to the mainland through a bridge, and is therefore very easy to reach from central Stockholm, also by ferry. www.svetur.se/en/Roslagen/

SADELÖGA/BODSKÄR/BORGEN and UTÖ: Movie directors aren’t immune to the charm of the Stockholm Archipelago. Ingmar Bergman chose Sadelöga, Bodskär and Borgen, three islets off Utö Island in the southern Archipelago, to shoot one of his most controversial movies: “Summer with Monika” (1953). Utö, well-known for its beaches, is a very busy island in the summertime. The most ancient iron mines of all Sweden are in Utö, together with the old houses of miners, and a mining museum. Visitors can rent bikes to discover the island. It’s possible to eat and sleep on the island, at Utö Wärdshus.  www.uto.se/en/.

VIGGSÖ: “Dancing Queen” and “Fernando” are two of the dozens of hits born on Viggsö Island, in the small wooden house and studio where ABBA retreated to compose. A copy of this house can be found at ABBA the Museum on the Djurgården Island, in central Stockholm. Viggsö is a small island of the internal archipelago, not far from the green island of Grinda, where hotel and restaurant Grinda Wärdshus is open all year long.  http://grinda.se/en/

All islands can be reached by ferry from central Stockholm, except for Runmarö that can be reached by bus and a short trip by ferry from Stavsnäs port. Organized tours from 2 to 8 hours are available with Strömma and their beautiful fleet of boats from last century. From July 2nd to August 14th it is possible to join the full day “Thousand Islands Cruise” trip, with a stop in Kymmendö, Sandhamn and other islands. 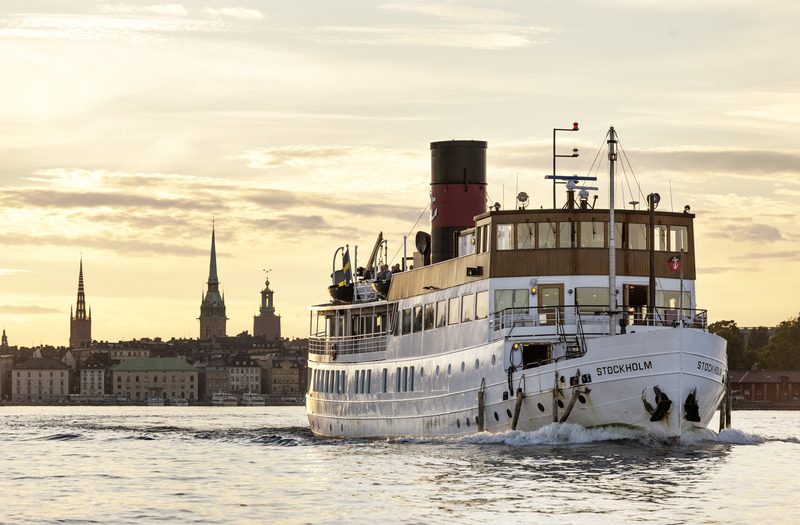 Hiking, kayaking, biking, fishing, swimming, seal-watching, sightseeing and… relaxing are just a few of the activities offered by the Swedish Archipelago, together with the many typical restaurants serving high quality local food. On many islands it is possible to stay at private housings, but there are also hotels, chalets, hostels and campings. One of the many ways to visit the Archipelago is moving from one island to another by ferry.

Surfing in the archipelago – Henrik Trygg/mediabank.visitstockholm.com 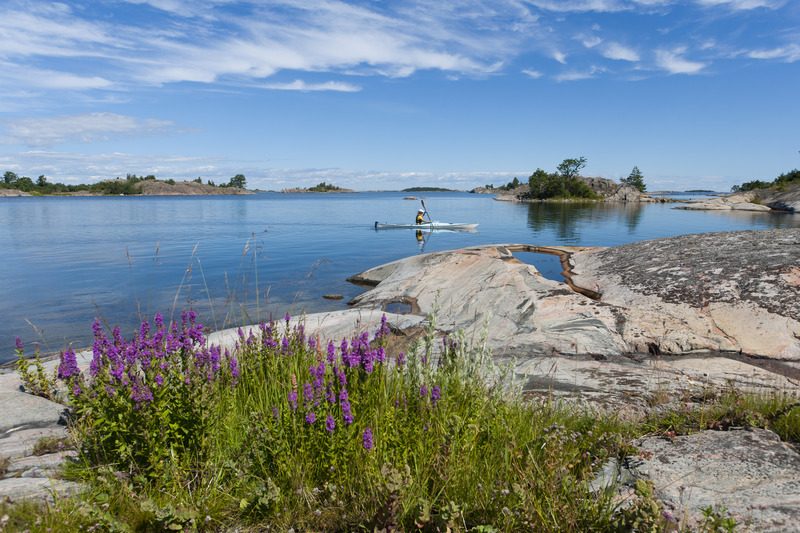 Kayaking in the archipelago – Henrik Trygg/mediabank.visitstockholm.com 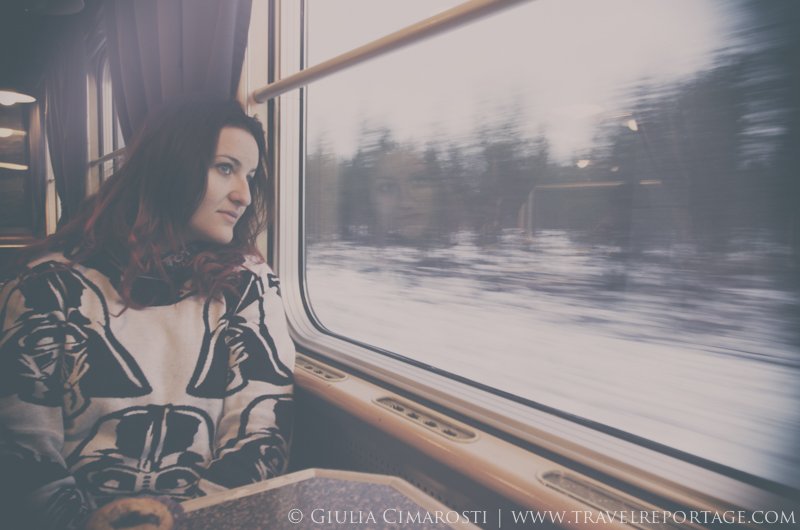 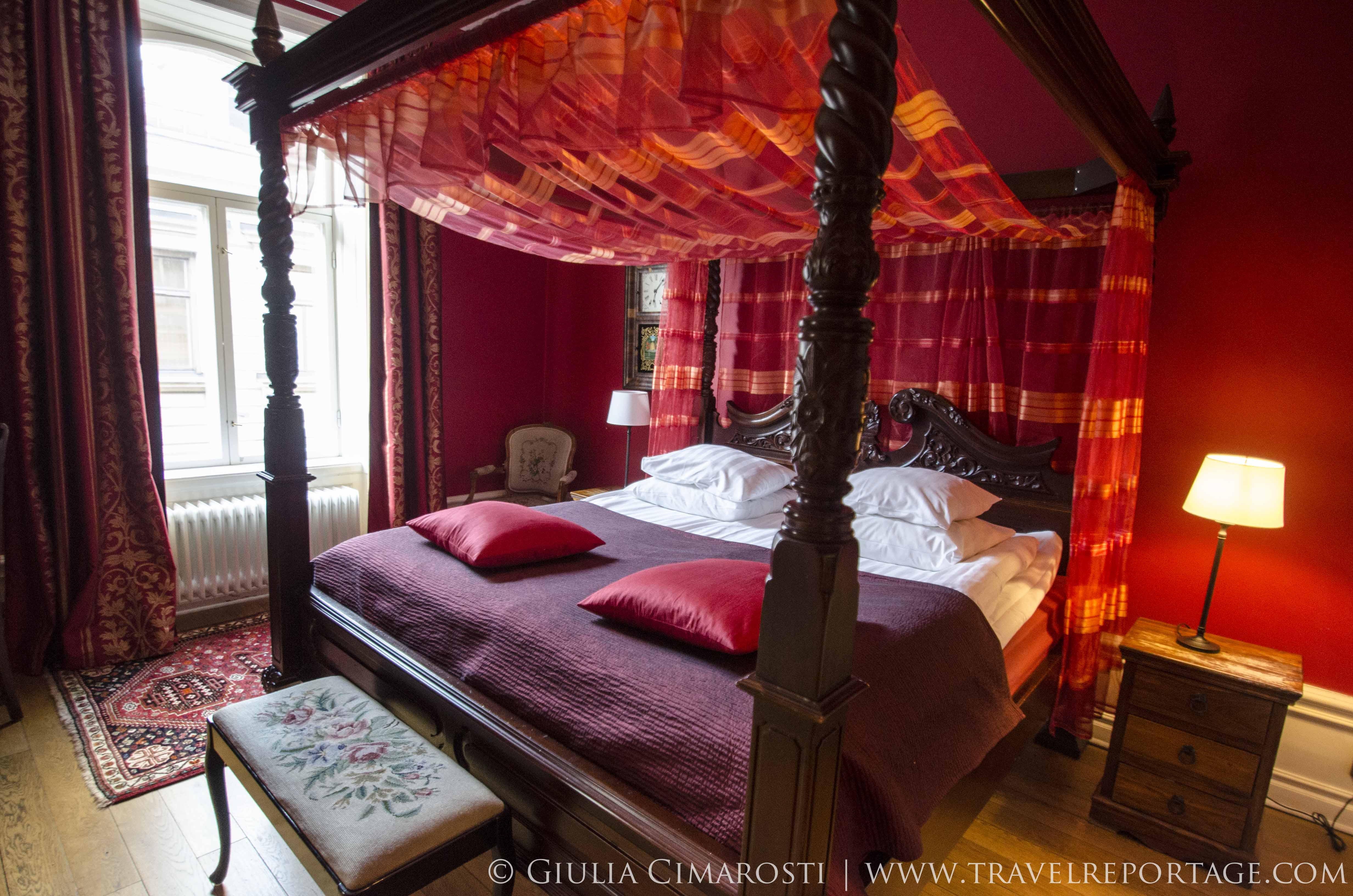