What do Stockholm, Riga and Tallinn have in common? They all are on the Baltic Sea! And I just came back from an epic trip to the Baltic, aka my #BalticTR (TR as in Travel Reportage!), an unexpectedly beautiful experience.

As I’m very much behind with updates, I am going to list everything that happened on my days on the Baltic, hopefully inspiring you to do the same or something similar. And then I will elaborate more, in the upcoming posts. So bear with me.

Well, I arrived to the incredible Hotel Hellsten in Stockholm around 2am so all I can say is that walking through my room door and finding such a beautiful Suite was the best welcome I could possibly think of! 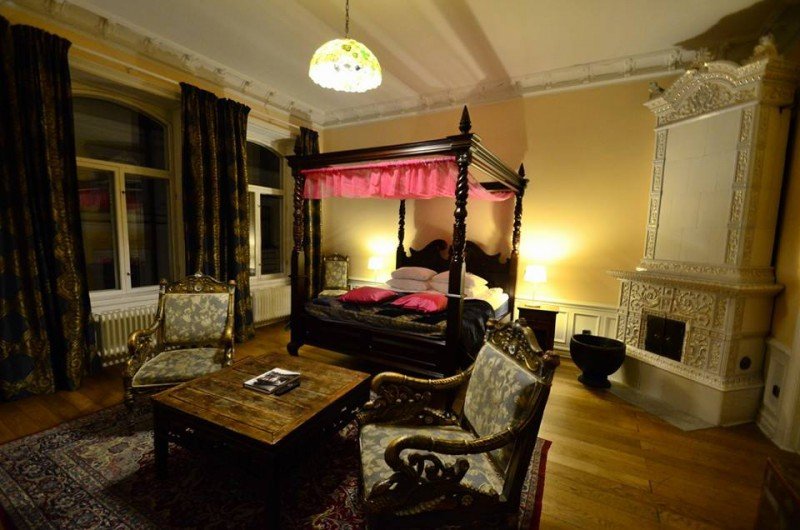 This day started a bit late as I failed to meet the Tourism Board representative on time, but it’s ok. I don’t like running anyway. So in the afternoon I walked to Gamla Stan, the “old town” of Stockholm, and wandered around and well, loved it. I (intentionally) got a bit lost on and off the island, and enjoyed every minute of it. 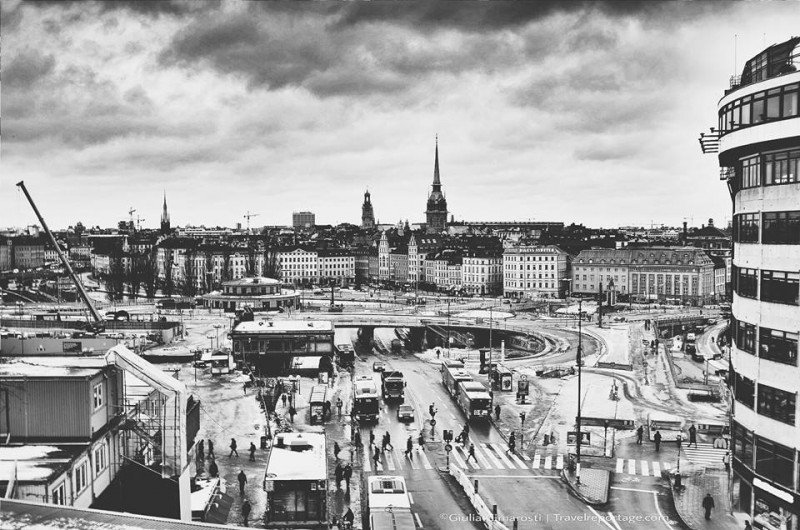 Gamla Stan! The Old City of Stockholm, and some life in the city. #BalticTR

Then, when the sky started darkening (around 4 pm or so), and I started freezing (ahem), I took shelter at the Fotografiska photography museum. Spectacular and a total must. 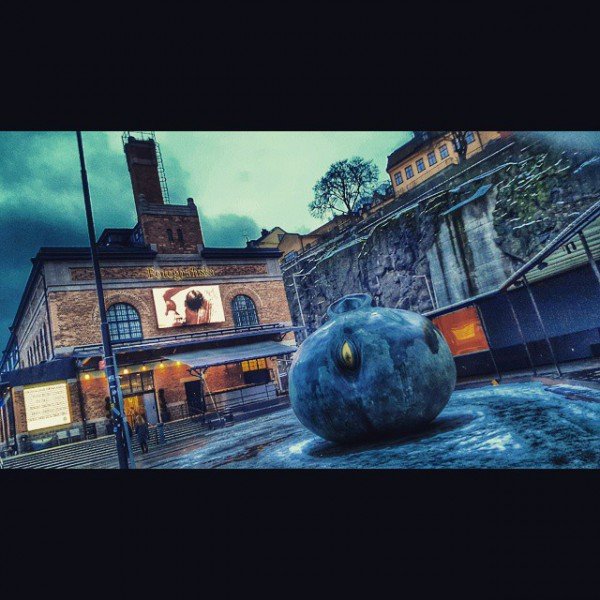 Since I was a bit late with the exploration I woke up early-ish and hopped on a sightseeing bus and had a very nice and extensive tour of the city – the weather was great so I was really lucky and the tour also included a boat trip around the islands of Stockholm, so I was even luckier. Freezing, but worth it! And it made a great excuse to sit in a cafe and enjoy some cake after the tour. YUM. 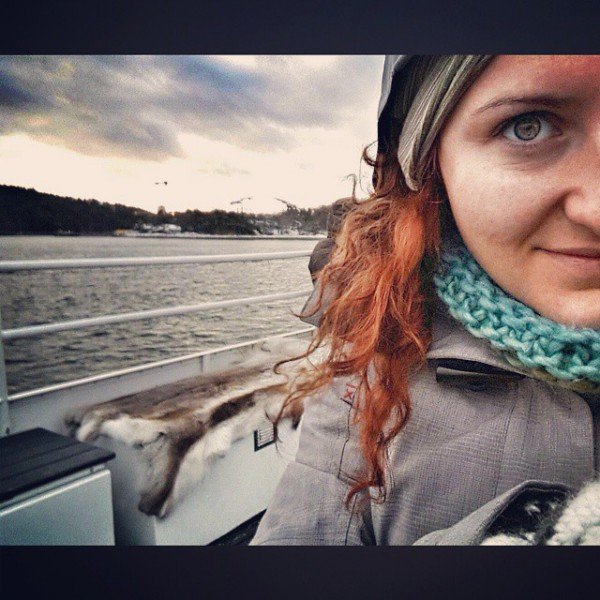 Me, freezing my beep off on the Stockholm boat tour, and a reindeer fur in the background. To avoid freezing your beep off! #BalticTR

After the tour and the latte with cake I decided to go back to Gamla Stan and see some more of it, with no rush, and so I did and it was great. The old city of Stockholm really has some special spots. Check this out: 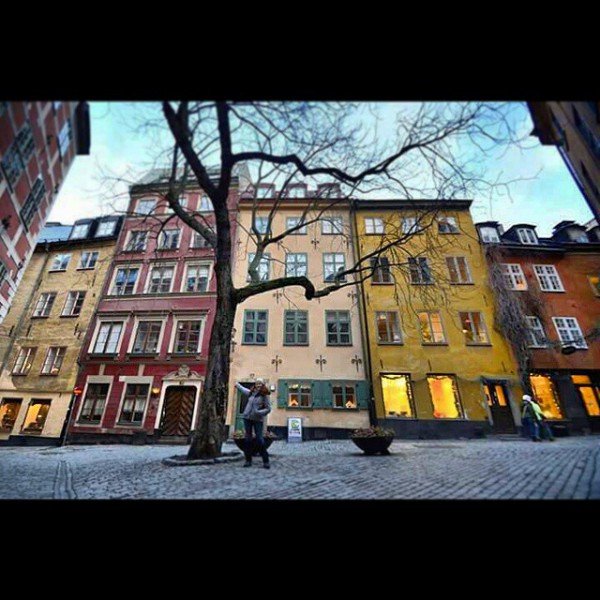 Small me and big tree in Gamla Stan, Stockholm. We make a nice couple! #BalticTR

Day 4 – Shopping in Stockholm and ferry to Riga

On my last day in Stockholm I sadly checked out from Hotel Hellsten and got advantage of my Stockholm Card and rode the metro up and down the city to do some shopping: mainly studs and hard rock music from some really cool record stores – yes, I love that kind of stuff and Sweden is the right place for it!

Early in the afternoon it was time to get on board of M/S Isabelle and spent the night in the middle of the Baltic Sea, to wake up in Riga, Latvia! What-a-ride. Rough sea and all. FANTASTIC. More on this soon!

M/S Isabelle took me from Stockholm to Riga #BalticTR

I loved Riga at first sight. Reaching a city by sea is definitely much more fascinating than anything else, and approaching the harbor while the sun rises, with ice floating on the water and seagulls flying all around was even more special. I will never forget that moment. I was slowly arriving to Riga and being on the cruise ship gave me the time to savor the feeling. I know, I am so romantic…

Ok now listen to me. Riga is fan-tas-tic and you must see it. This is basically all I have to say for now.

First of all, I checked in at beautiful SemaraH Hotel Metropole, where I took the longest and warmest shower ever.
Then, to start my experience in the beautiful capital of Latvia, the best thing was to have a look at it from above. St Peter’s Church is what you are looking for if you want to do the same. When I exited the elevator on the top of the tower, it wasn’t any later than 3pm but the sun was already very low on the horizon and that golden light was just beautiful. And BAM, the Travel Cupid’s arrow struck me! 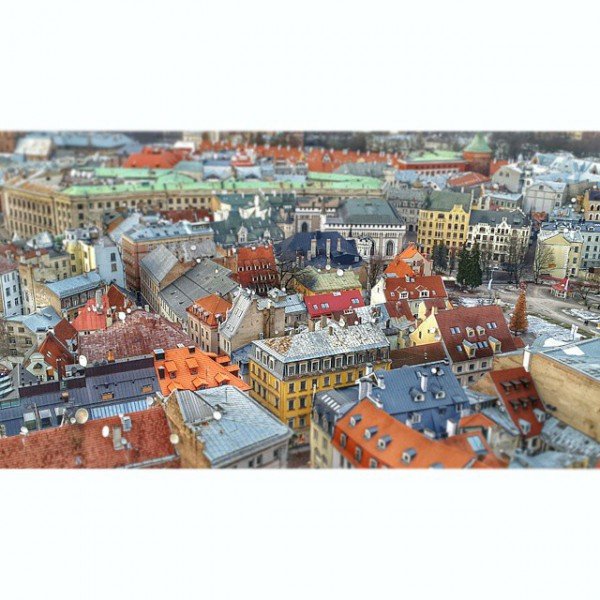 Shortly after, the sky got darker and darker, and I stumbled into the iconic House of Blackheads at the right time. 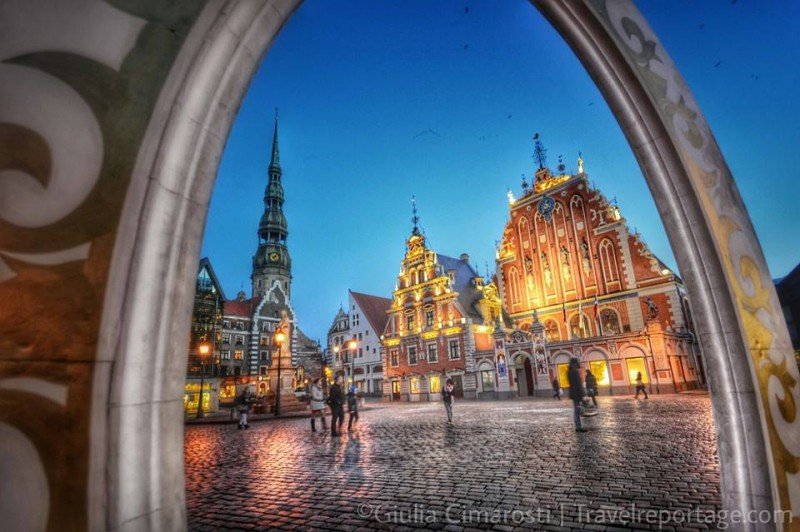 One of the most well known things in Riga is architecture. I always thought it wouldn’t be so special but then it left me speechless. The buildings of Riga are so jaw-dropping that they deserve a post of their own. So yeah, another post coming up! 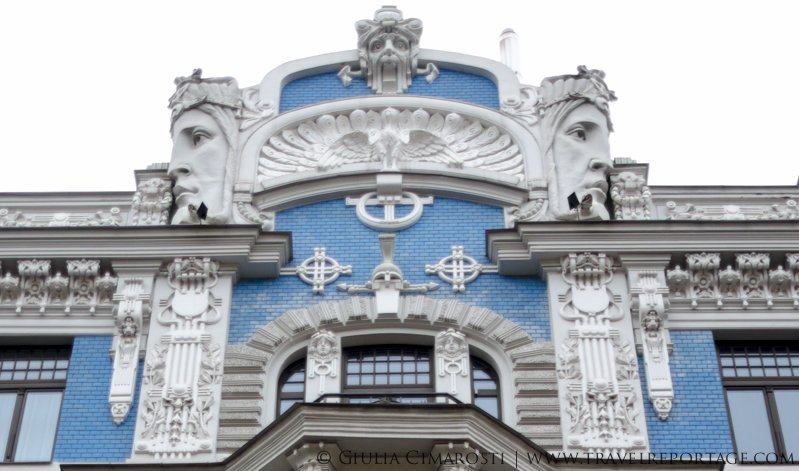 I rode a fantastic bus from Riga to Tallinn and once there I went directly to the Old City. It took me a while to love it. I felt like Riga had spoiled me a bit. But then it finally got under my skin… especially when I started talking to some locals. 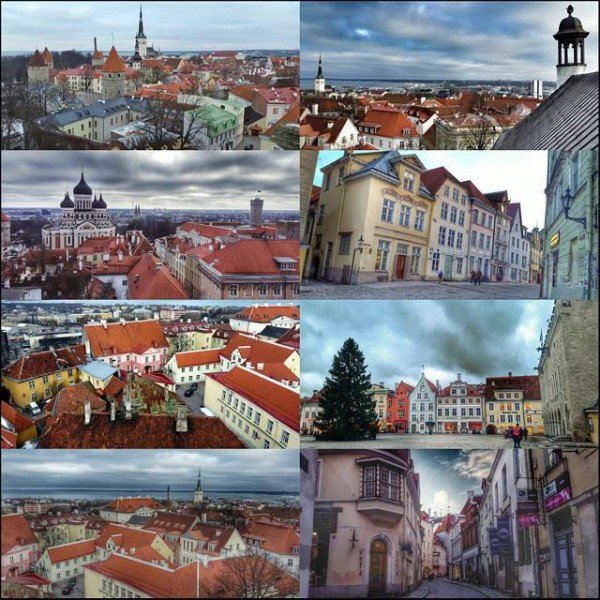 More Tallinn. Up and down Tallinn. All around Tallinn. Loving Tallinn. 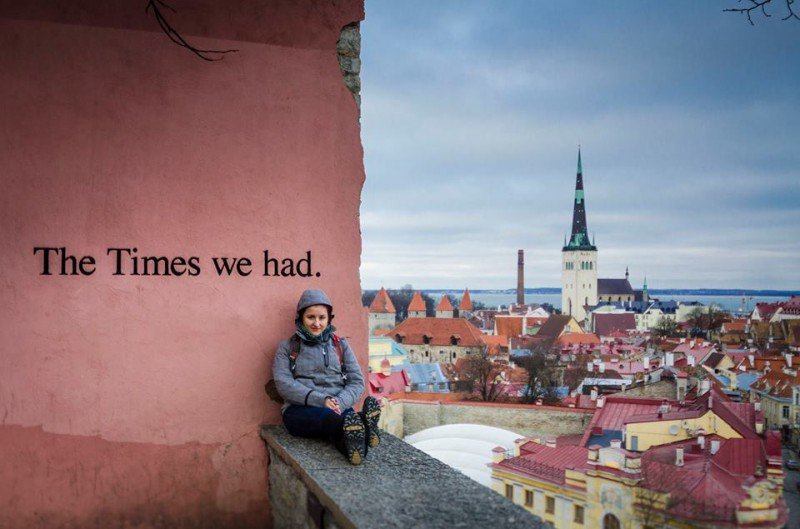 Me and Tallinn. Freezing my beep off again but in love with the city!

Day 9 – Pirita Beach in Tallinn and ferry back to Stockholm

I wanted to see something different than the Old Town so I decided to see the beach of Tallinn, aka Pirita, and the promenade on the Baltic Sea that takes you back to the city center. Well, it was nice at least because I had never seen a beach covered in snow before. But man was it cold! 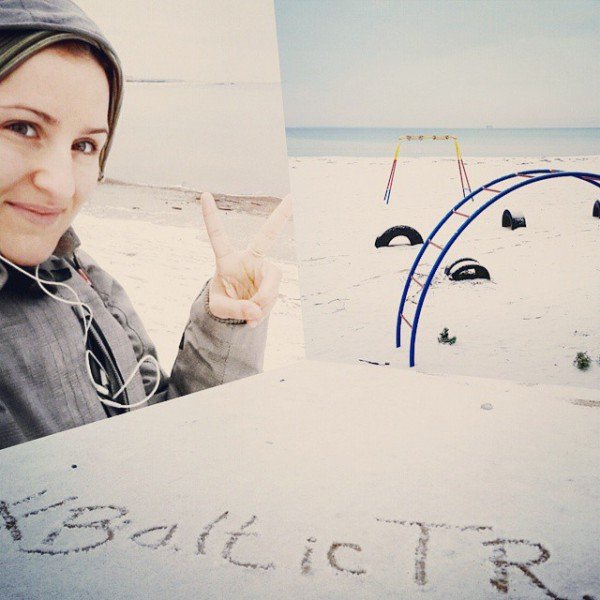 Me on the snowy beach of Pirita. Brrr! #BalticTR

In the afternoon I took the ferry back to Stockholm, and this time was the bigger and more luxurious M/S Victoria I that safely took me back to the other side of the Baltic through an epic snow storm! 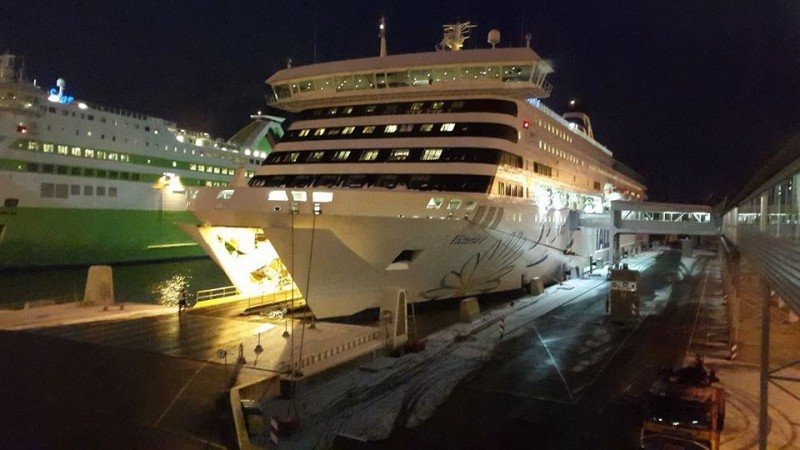 While I was away, it snowed a lot in Stockholm and it was nice to see it completely different, covered in white. But I barely had the time to have a look around, as I had to reach the airport and go back to Italy.

What a trip! 10 intense days, 3 countries, 3 hotels, 2 cruise ships, 5 different beds, 2 airplanes, 1 bus and countless steps later.. here I am, back home, back to the office, and writing about an incredible life experience.

I love those cities! Now I want to see them all.

I absolutely loved my short stay in Estonia in summer, a very beautiful old town. I’d love to pop back for another visit however at Christmas time instead! Lovely photos Giulia!