Good memories of Egypt: desert camping with the Bedouins

The sky was black and millions of stars were overhead; suddenly the moon was rising from behind the rocky hills of the golden desert of Wadi El Gamal, while me and a small group of lucky volunteers were laying on the dry soil. It was our last night at the camp. 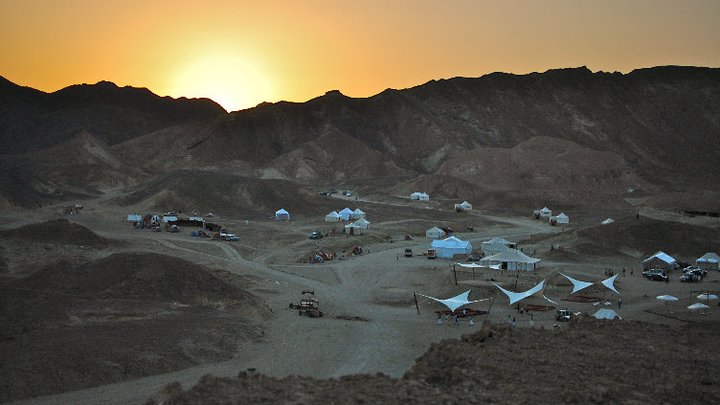 Sunset at the camp in Wadi Gamal, Egypt – © Giulia Cimarosti 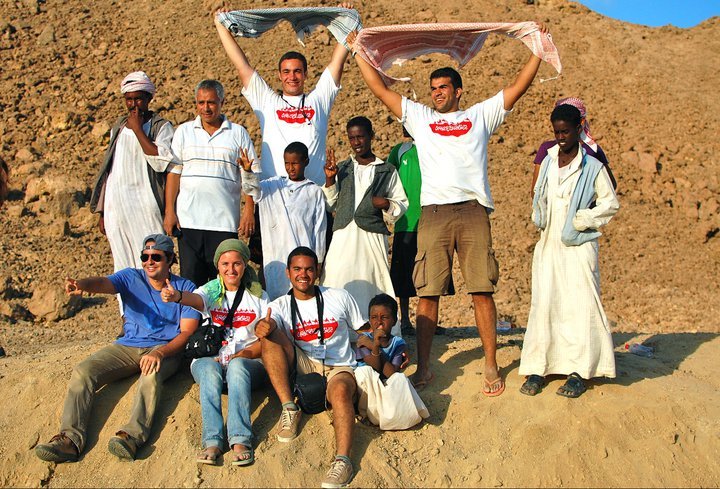 The end of the experience finally arrived, and after saying goodbye to most of the fellow volunteers, the few of us that decided to stay for another night went back to our tents.  Just a few of us were left; just hours before we could count dozens of people sitting and walking everywhere. 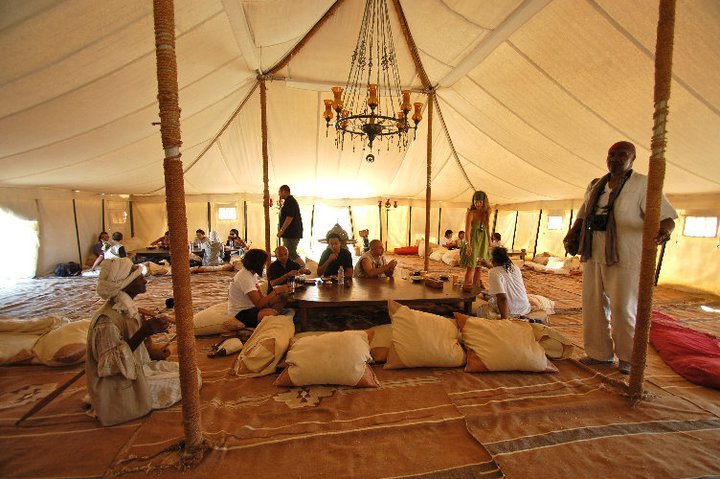 The main tent and the visitors – © Giulia Cimarosti

We all decided we were not going to sleep in the tent tonight. We’d been waiting for this opportunity, and finally the night was all ours. Hazem, a volunteer who quickly became a friend, and I, took our sleeping bags, laid them against the side of the main tent, and played Arabic music on our radio, in a very low volume. Someone lit a fire and the dog named “Khawaga” (translated to “foreigner”) circled the sleeping bags before sitting. The shooting stars hunt began, and there were only winners. I was enchanted by the fantastic panorama—the campfire on one side and the deserted valley in front of me. The Egyptian tribes that had traveled from across the country to meet here were already on the way back to their villages and oases, some of them returning to remote places the middle of the desert. 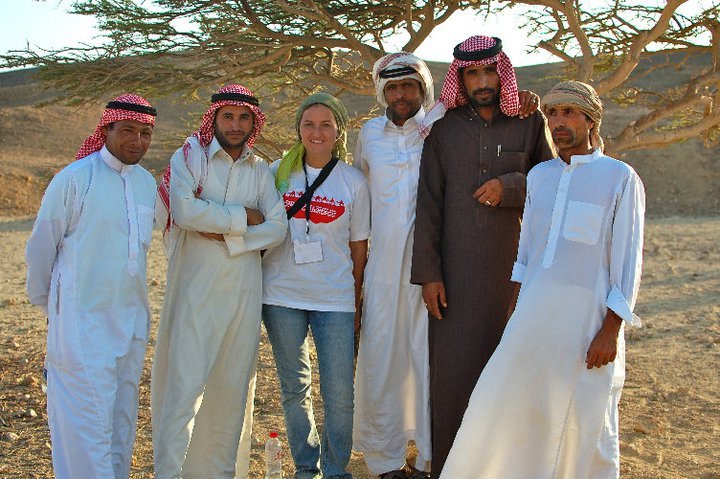 Me and the Bedouins

The previous week had been intense and demanding – the weather was hot and there was a lot to do – but also rich in satisfaction.

I was a foreigner who had just arrived in Egypt, I didn’t understand a word of Arabic, and I was suddenly surrounded by hundreds of Egyptian people that were organizing an event. I was the first Italian ever to take part in the Characters of Egypt Festival. It was late 2010.

Not sure if it still happens, but back then  in different the Festival took place every year in different venues around Egypt. Here, Bedouins and tribes from different parts of the country gathered and camped together for three nights, sharing their culture, rituals and knowledge. Some of the tribes were completely unknown until the founder of the festival, Mr. Walid Ramadan, started traveling across Egypt attempting to discover lost and unknown populations. His effort was to persuade each tribe to participate in his grand project. Ramadan’s intentions were simple: to put a tribe with good skills in extracting water from the desert in contact with another tribe who lacked the skills; the tribes that were good at agriculture to shared their tips, and so on. 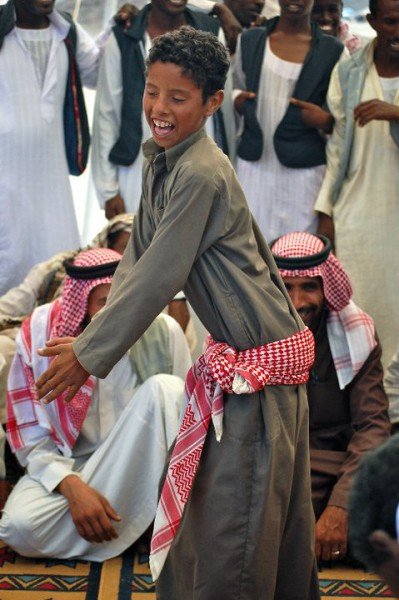 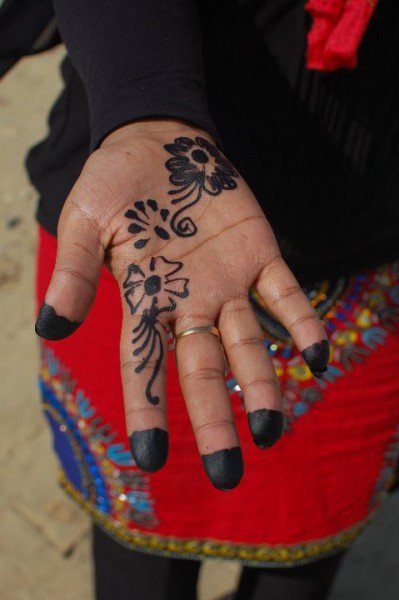 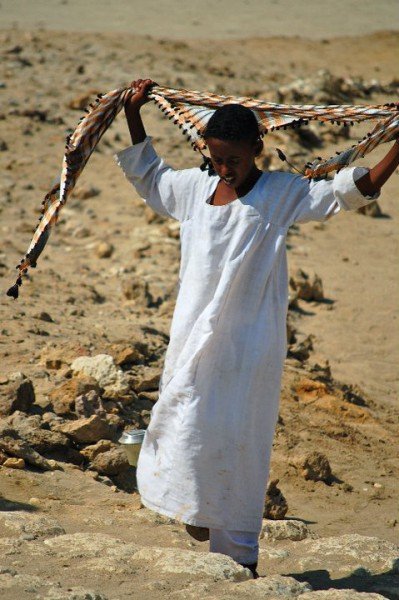 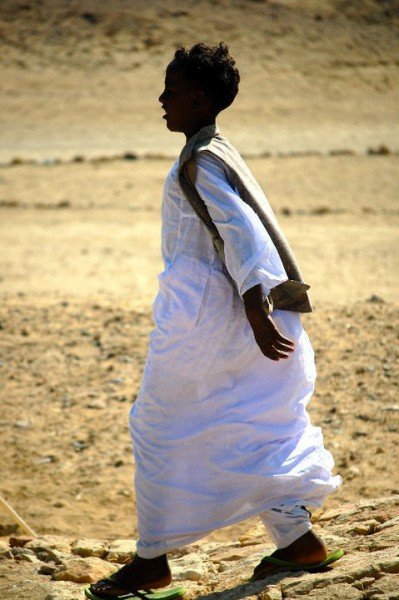 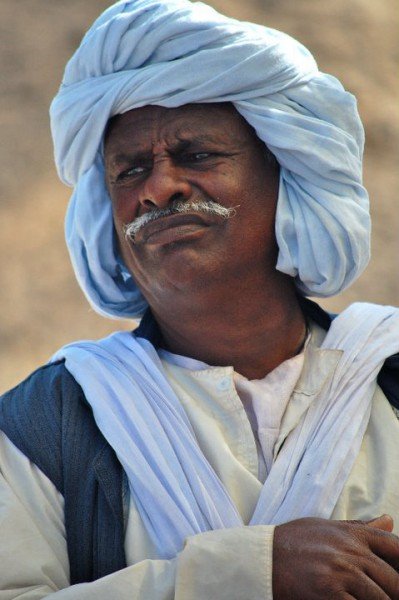 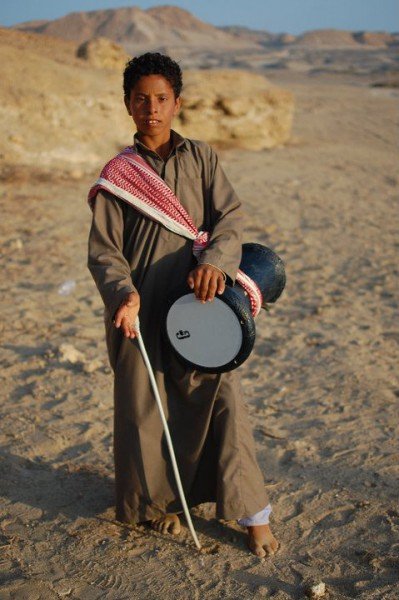 My involvement in the process happened by chance as I was casually surfing Facebook I saw a video about the event. My imagination instantly took me to the venue. I decided I was going to attend the festival as a visitor, and I started to find out more information about transportation, not an easy task, as the camp of Wadi el Gamal is at about 150 km south from Marsa Alam. Around the same time I was trying to figure out how to do that, I met a woman named Rowan who I soon realized was associated with the Characters of Egypt Festival. Rowan told me I could volunteer with the organization in charge of organizing and assisting the event. That sounded just perfect! I had never volunteered, but for sure I dreamed about such an experience before, especially while abroad. 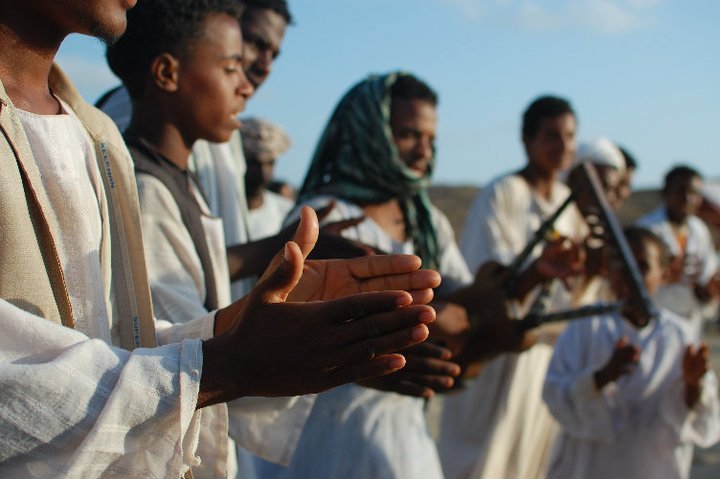 As a travel photographer and blogger I was assigned to the “press and documentation” committee. My task was to take photos of as many events as possible, and then at the end of each day I had to write a journal about what I saw, and of course share the images with the rest of the group. Other than this, my team and I had to take care of the needs of the press that came from across Egypt and many neighboring countries. Many of the professional photographers, video producers and journalists who came to the festival had no idea what Characters of Egypt was about – they were sent by their agencies to cover a basically unknown event that everyone ended up loving and will never forget. 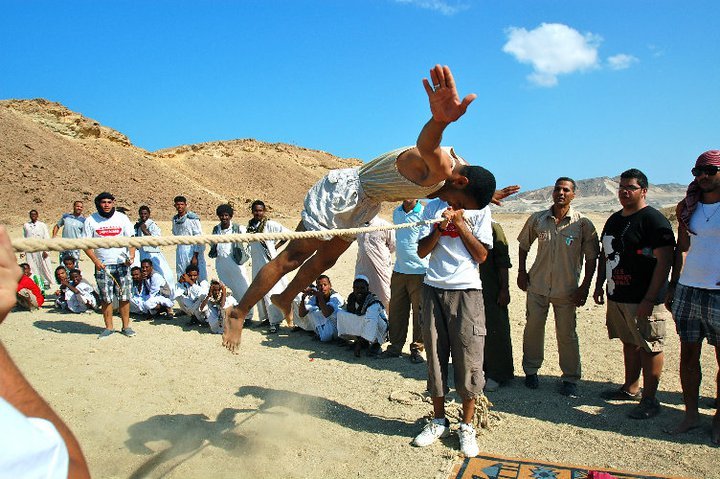 The games at Characters of Egypt – © Giulia Cimarosti

Professionally, the biggest satisfaction from the experience was having my photographs published in a very well known Egyptian magazine named Campus Mag. I couldn’t believe it when they called me to ask me for some of my shots. If everything else wasn’t enough, I also have a tangible memory of those days, like a trophy that I took home with me and another reason to be proud of taking part in such a project. 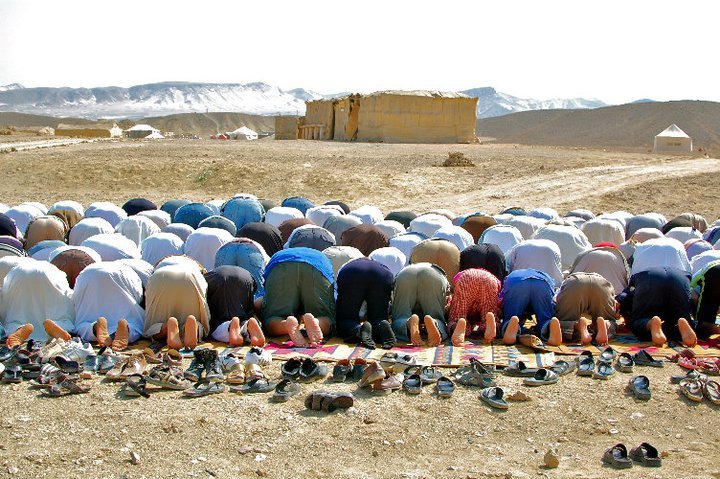 The Friday Prayer in the desert – © Giulia Cimarosti 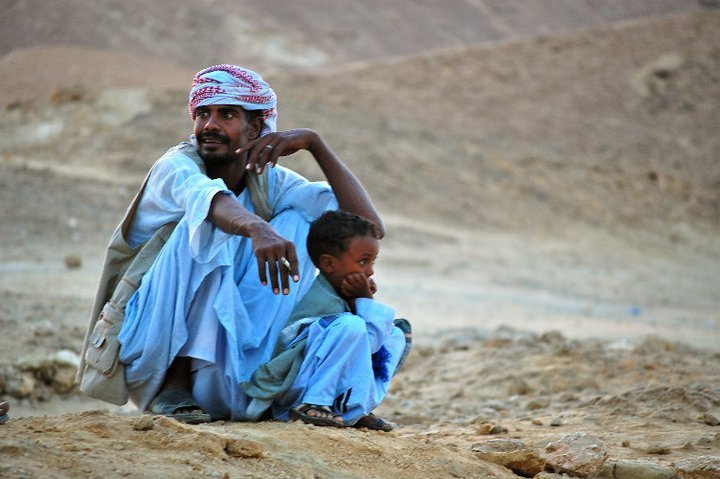 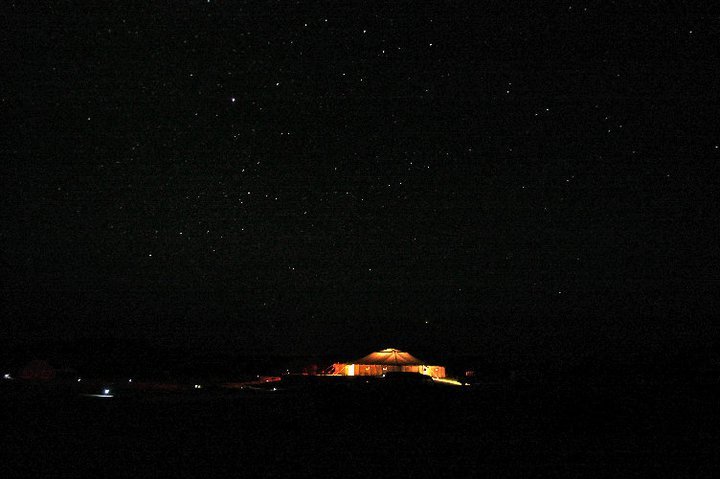 Before this experience, when I thought about Egypt I imagined pyramids, camels and desert. Only a few people know about the existence of tribes or ever had a conversation with a Bedouin or know anything about their lifestyle. Thanks to Facebook (it reached the oases, too!) I am still in contact with some members of the tribesmen I met in Egypt. In only a few days I discovered the beauty of camping in the desert and developed a strong interest in eco-tourism. I realized how many opportunities volunteering can give me and everyone in our pursuit to understand other cultures. I had the chance to get involved in the heart of the culture, allowing me to meet locals inside their community: not as a tourist/local in a detached relationship, but rather as a team of people living side by side, eventually beginning new friendships. The people I met at the Characters of Egypt Festival are still some of my best friends in Egypt and were the ones that nine months later took me to the airport when I left. 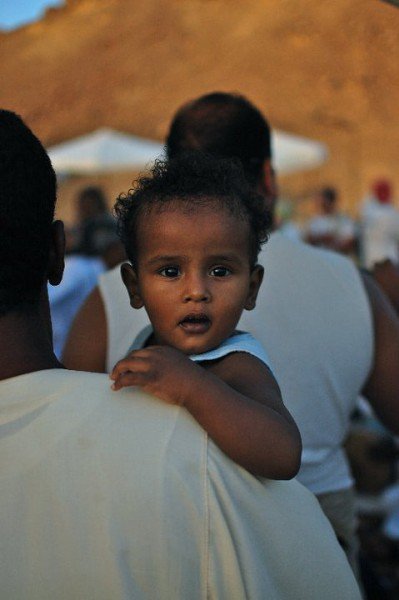 Have you ever volunteered abroad or in your country? What is the most amazing memory of that experience? Feel free to share it with me!

Remember who helped you with the campus mag ;) :p

Haha nice to see you on my blog eh! :D

It’s a nice feeling when we see pics like this.I think you people really had great memories to remember forever.

It’s no surprise that the Egyptian magazine published your photos, these pictures are amazing. You have a great eye, it’s makes me want to visit Egypt right now

Wow Craig thank you so much!

Ots so exciting to experience desert camping with the Bedouins. I am travelling to Cairo & thinking that I could do some desert camping w the Bedouins like you did. BTW, I am a small time travel writer & amateur photographer, appreciate if you can direct me to the right part to communicate such arrangement for me & my husband for December 2017.

Hi Husna! This was actually a festival and it’s not taking place anymore (too bad!). Anyway there are amazing places in Egypt to camp so I am sure you’ll love it. Try Wadi el Hitan :)