Shuhada Street in Hebron, the ghost city of Palestine

The reality of Palestine is quite complicated to understand, but visiting the place is a good way to start knowing what’s going on there – especially in cities like Hebron, where some areas are controlled by Israeli army and others by Palestinian National Authority.

Hebron, which has religious importance for Muslims, Christians and Jews, is one of the Palestinian areas in the West Bank that suffers more conflict and violence from the settlers and the Israeli soldiers.

An example of this is Shuhada Street (=Martyrs Street), previously the most important road in Hebron’s Old City, which access to Palestinians is forbidden since 2000 (after the Second Intifada) under the pretext of the settler’s security needs. Today this street, which used to be the main artery of the city in terms of commerce and economy, is for the sole use of settlers. 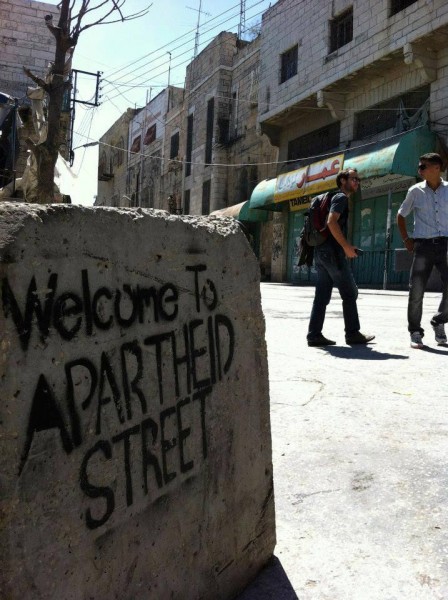 To help the normalization of the situation and to maintain a buffer between the Palestinian Arab population of the city and the Jews residing in their enclave in the old city, it has been established in Hebron an international unarmed observer force—the Temporary International Presence in Hebron (TIPH). This force witnesses and makes reports about the incidents and human rights violations in Hebron from the settlers and the Israeli soldiers.

In addition to the international efforts to end the difficult situation in Hebron, there are local movements that try to make awareness about the problems that Palestinians face in this place. Such as the group Youth Against Settlements, that organizes a yearly march with international activists presence to open Shuhada Street, known in Hebron as the Ghost Town.

Following this example, and with the aim to build international understanding between Palestinian community and show the true picture of the place, Hebron Peace Center organizes tours to the city and the refugee camps around conducted by a local guide. 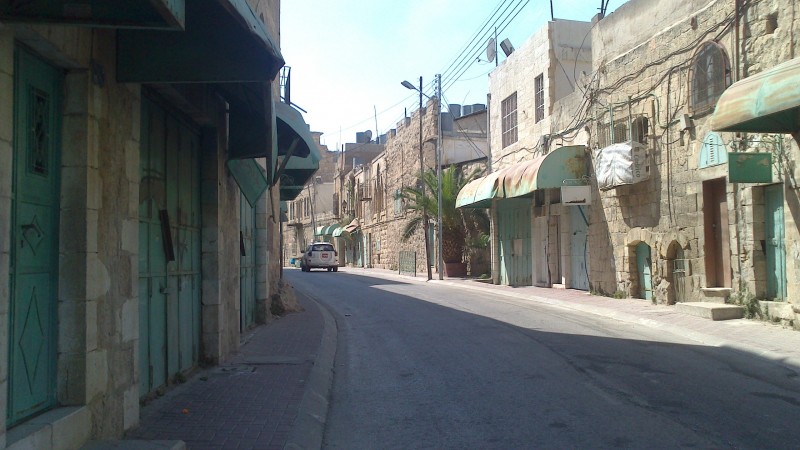 Article written by Cristina Lopez Ortiz, a 26 years old Spanish activist who stands for the Palestinian and Sahrawi causes, and loves the Arab world. I met her in Cairo back in 2009. She now lives and works in Hebron, Palestine.

Had no idea places like this existed. Complete ghost town. Just one of many places my family and I know very little about and reasons for more travels.

I know little about Hebron and whole Palestine as well. Thanks for this article.

Great post and actually it is my first time I have heard about Hebron.

Why You Should Visit an Islamic Country in 2015 Reply

[…] international understanding between Palestinian community and show the true picture of the place, Hebron Peace Center organizes tours to the city and the refugee camps around conducted by a local guide.” from […]

Hebron was great. I enjoyed my entire time backpacking in Palestine and looking at both sides of the conflict here. It gave me inspiration to backpack more war yones rather than the boring touristic beach towns I see on endless travel blogs. Safe travels. Jonnz