I am writing this just for the records, and because of the messages I’ve been receiving. Some people don’t agree with what’s going on in Egypt, and they feel entitled to send me nasty messages because of this. Why so? Mystery.

1) NO I am not a happy supporter of the Army and what they are doing in Egypt. To me, arresting MB members, killing their supporters and shutting down their TV channels smells like Mubarak. Not like freedom, and of course even less as “democracy”! Did I ever say anything like that? *rolls eyes* 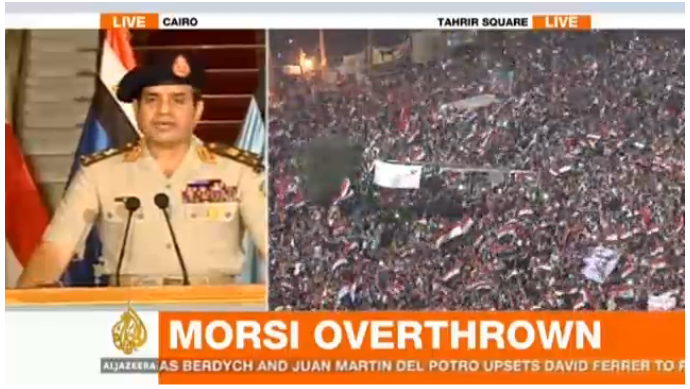 General Al-Sisi giving his speech to the nation on Jul 3rd, 2013

2) Honestly, I am far from optimistic and here’s why: many people are celebrating as if this is the end of something. WRONG. This should be taken as a chance, a new possible beginning, but there’s a lot of work to do and everyone should be working their ass of to make a change at the moment! Enough fireworks.
Egyptians should focus on working on their politics and provide good, strong candidates for the next elections, and make sure they vote for them too, if you know what I mean;)
(Egyptians: this could be the last chance and you don’t want to make all your efforts look funny, right?)

3) What I DO believe is that the Egyptian people really needed a boost in energy and hope, and it’s great that they got a huge one!

4) Giving sh*t to the Egyptian people because they overthrew two dictators/unjust presidents/whatever you call it and a military rule in less than 3 years won’t make you look any better while you keep ignoring what doesn’t work in your country.
Nor does finding excuses such as “but Morsi was democratically elected” – so what? Power is always in the hands of the people, but it’s easy and convenient to forget. Morsi messed up with the wrong people!

5) So yeah, I am not celebrating anything. Just passionately following the situation, and rooting for Egyptians as I always did. After all, Egypt is where my life, friends, hopes and projects for the future are, so why shouldn’t I?

6) Ever heard of optimism? 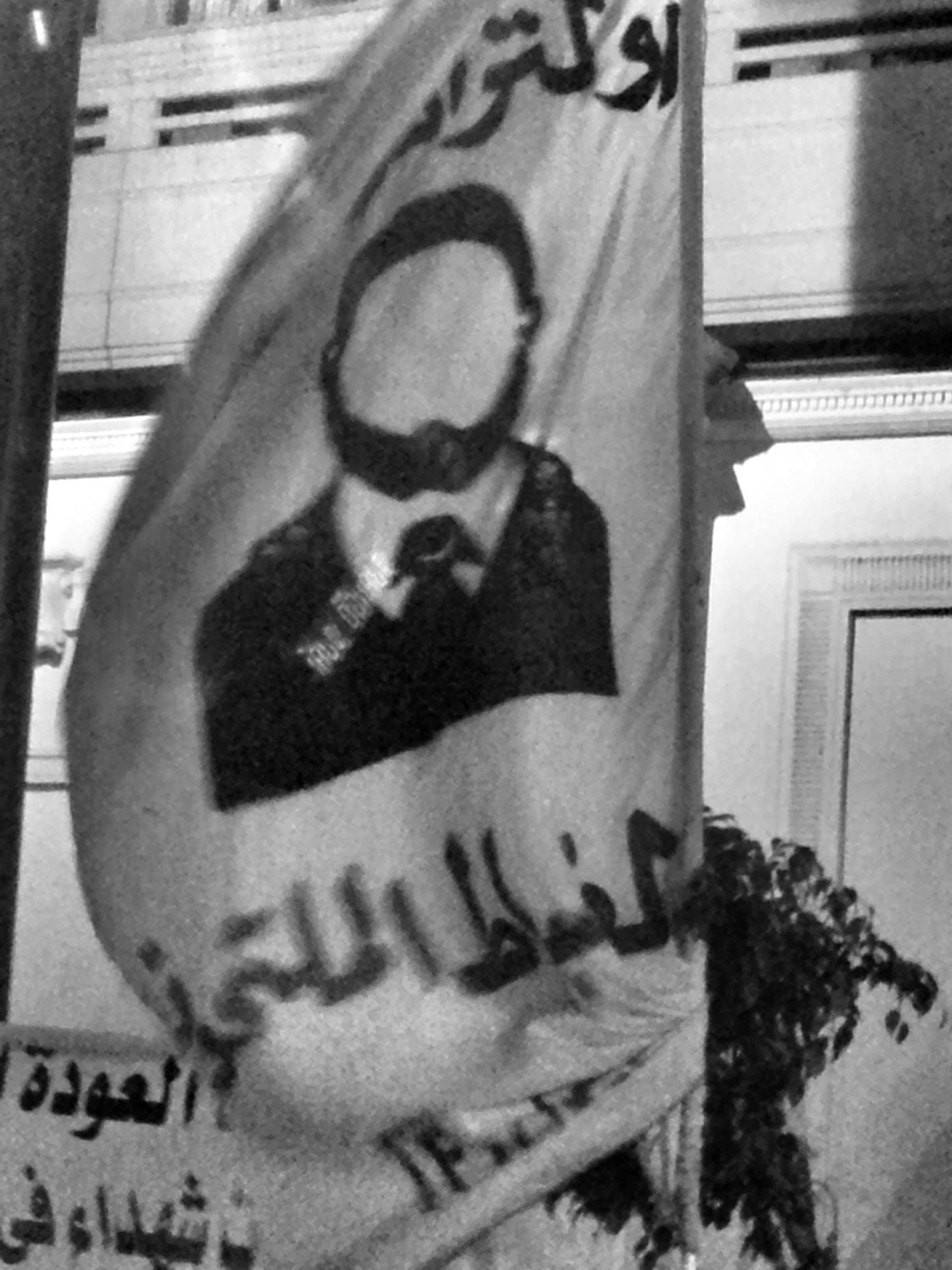 Thank you for all of the insight. Really educational and I feel like I’m not getting some media biased interpretation. Refreshing.
Simple (maybe not) question for you.
I leave for a trip with a tour through Egypt in exactly one week. Only very few people support this travel for various reasons- political unrest being most prevelant. That being said, reading blogs like yours… In not intimidated. But to add to the question of the trip I am a white American female unseasoned traveler, literally have been no where outside of the US. However… I have confidence in my ability to thrive and adapt to an edgy (perhaps risky) situation and believe being in the hands of a tour group greatly increases my safety (and I am hoping makes up for my lack if travel knowledge). Am I being naive? Am I in over my head? Or should I simply take the leap of faith and enjoy the ride Egypt has to offer me?
Thanks for the info on your site regardless of a timely response.
JJ

Hi JJ,
I didn’t understand if you’re traveling on your own or you have a guide/tour booked?
I wouldn’t recommend you to travel on your own in Egypt since you’ve never been to the area before. Not much because of the dangers, but you simply don’t know the place and it’s easy to get scammed and you may get a lot of unwanted attentions.
So I would recommend you to move around at least with a guide, someone local.
Please, let me know if you need help!
Giulia

I travel to Egypt, mainly Luxor, I love the place, the people, and the culture. The “winter palace” is my second home, you are in no danger in Egypt, beautiful loving passionate people, enjoy all the things offered, and the tranquility of the Nile. If you get stuck, email me, [email protected],, send photographs,, but enjoy yourself. It’s a beautiful magical place. Graham