48 hours in Iceland and loving it

Today is my third day in Iceland. Unfortunately the weather is really bad at the moment (rain+fog=impossible to do anything), but in the last 2 days I’ve already had so many great and new experiences!

I landed in Keflavik late at night. Just a few hours later I updated my blog saying I was hoping to see the northern lights from the window seat while flying to Iceland… I still can’t believe it, but it happened! What a magical welcome to Iceland! It put me in a good mood, and even if the weather forecasts are bad for the next days, at least I can say I saw the aurora! I don’t have good pics though… so I hope to see another one at least. 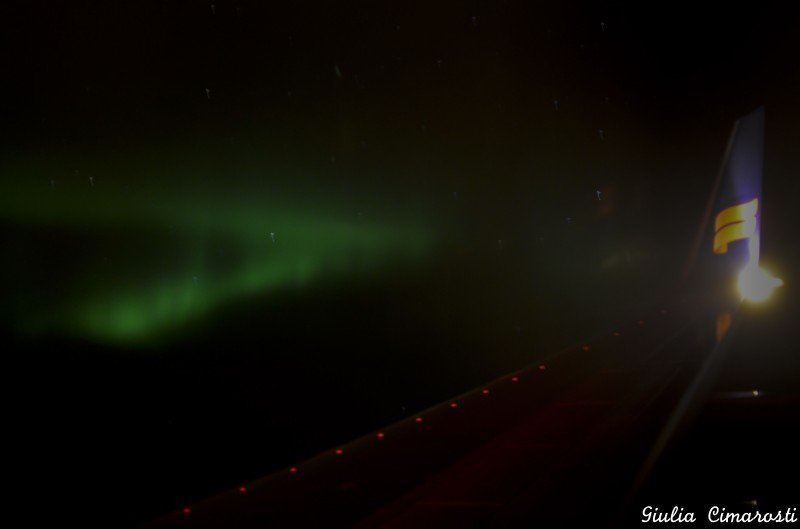 I spent my first full day in Iceland exploring Reykjavik: woke up to heavy snow (disappointment!), that left space to a beautiful sun by the time I took a shower.

Reykjavik is a small, colorful city. I like the simple, modern lines of the houses, and the view of the surroundings: sea and ice! To enjoy the best panoramic view of Reykjavik, I made sure I visited Hallgrímskirkja and its tower. 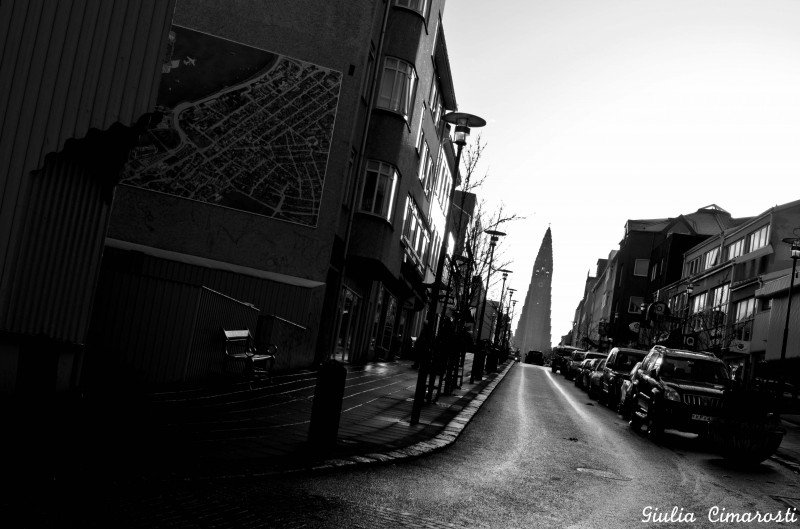 On the way to Hallgrímskirkja in Reykjavik 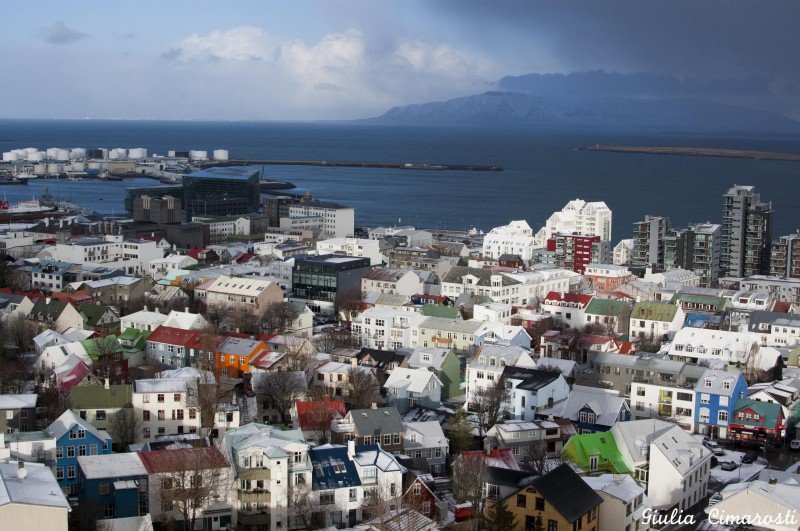 Beautiful Reykjavik from above! 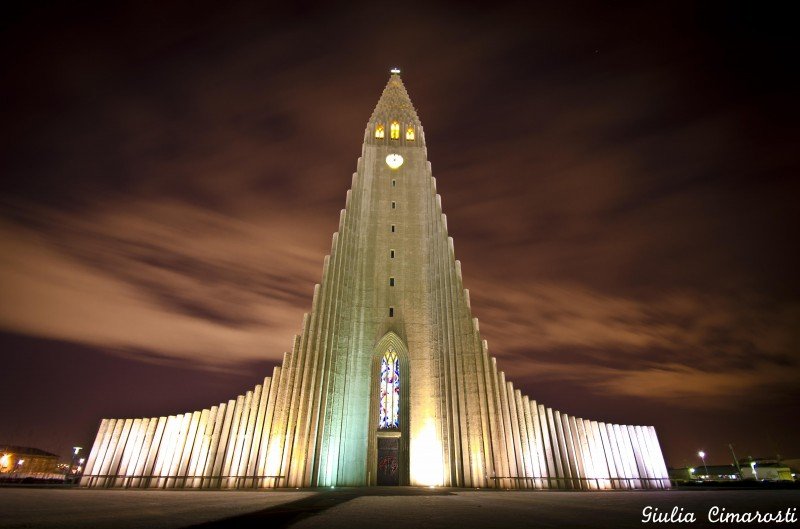 I walked up and down the city, taking advantage of the enjoyable weather and trying to see as much as possible. In the middle of the city lies a pond (Tjörnin) with hundreds of swans and ducks. 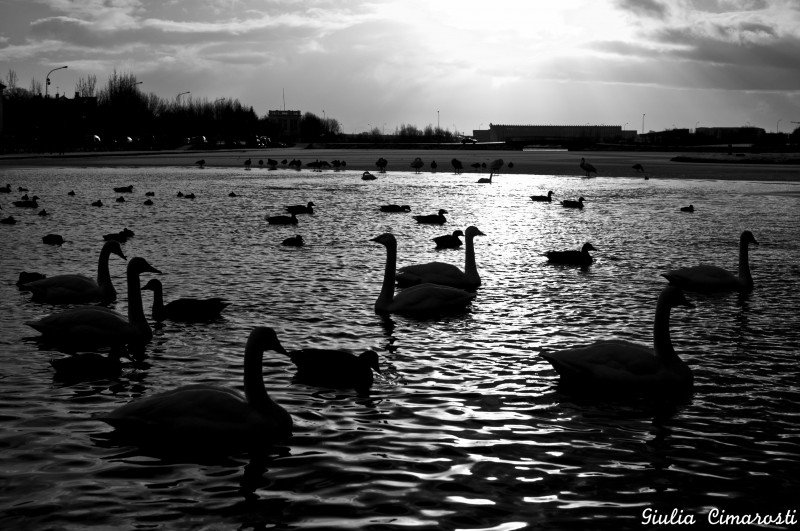 The sun rises around 10am and sets around 5.30pm. I was going to caption this photo “Tjörnin at sunset”, but it would be wrong: even if the days are now pretty long, the sun is never very high, so you get the “sunset effect” for many hours. Shadows are long and the light is golden. Beautiful!

There’s something unique that adds up to the beauty of the place, and it’s the people’s mood! Since I stepped onto my flight to Iceland, I started observing and looking for “Icelandic characters”. What I like most so far is the genius Icelandic humor, and the genuine love and pride that Icelandic people feel towards their country. 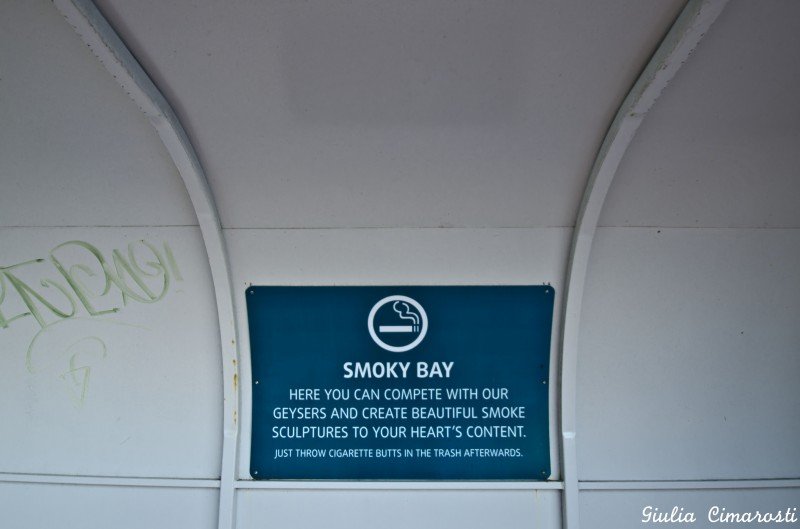 Michael, the guy who hosted me on my first two nights, has lived abroad many times, but he told me

I know I will always come back to Iceland. No place is like here.

I totally understand what he means!

Ok, ok, you’ve been waiting for the naturalistic photos. So let me quickly say that I plan on seeing more of Reykjavik when I go back there!

I am now in the South-East of Iceland, in a place called Höfn í Hornafirði. I flew here yesterday morning, on a 6-rows plane. This was a new experience for me: I flew on small planes before, but I never took off from a runway covered in snow! 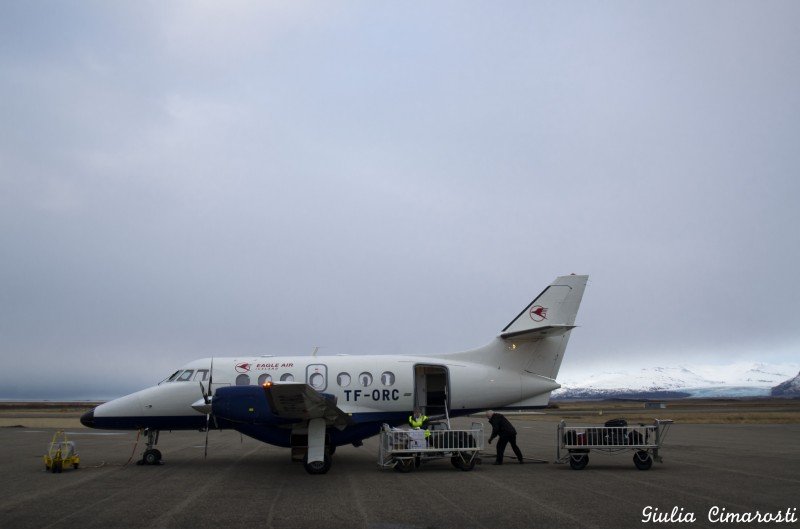 The exploration began: I met Runólfur and he took me straight to the lagoon of Jökulsárlón, where pieces of millenarian ice from the Breiðamerkurjökull glacier fall into the water and become icebergs, floating in the lagoon where fresh and salty water mix. It’s another world! 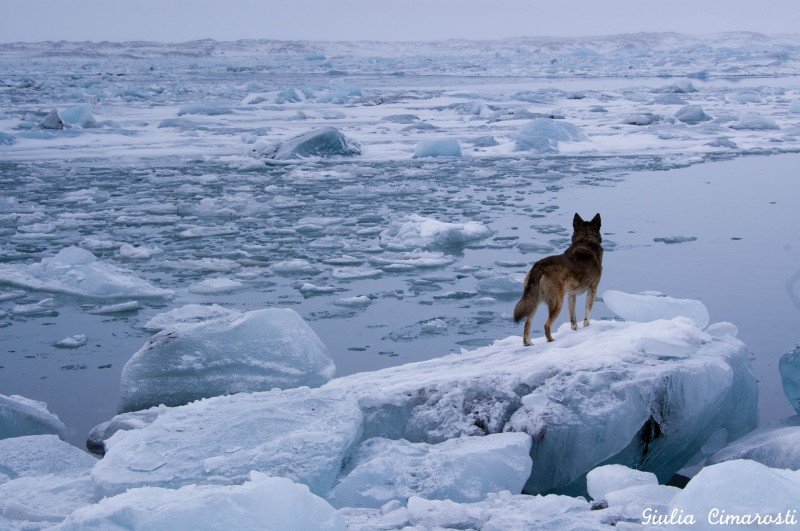 Balto the dog… he likes Jökulsárlón! 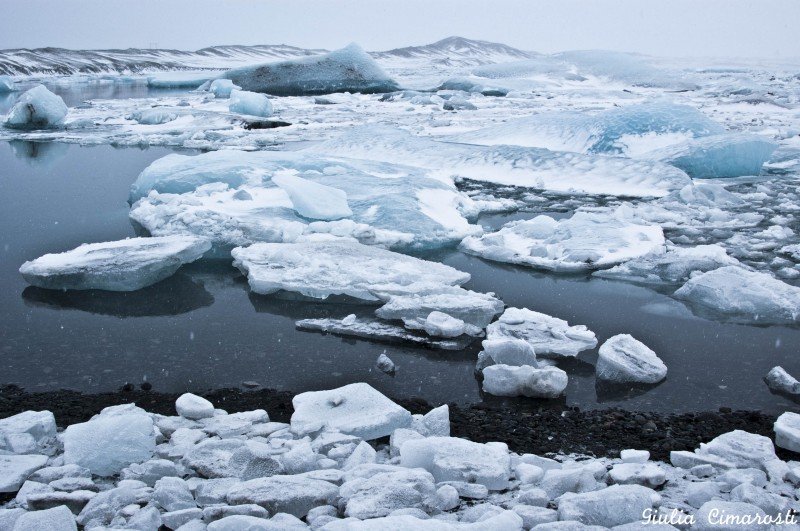 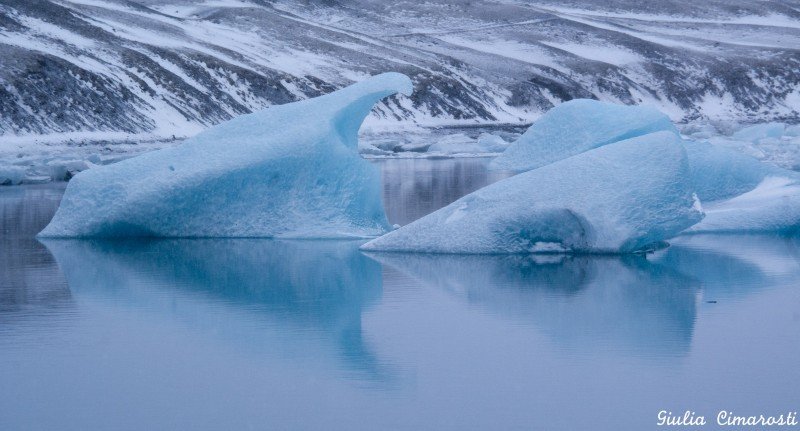 It was pretty cold, but not as freezing as it may seem. I believe the temperature was around 0°C all day long.

The highlight of the day was definitely the Mígandafoss waterfall. When it’s not icy, you can walk behind the waterfall in a natural tunnel. Isn’t this something? 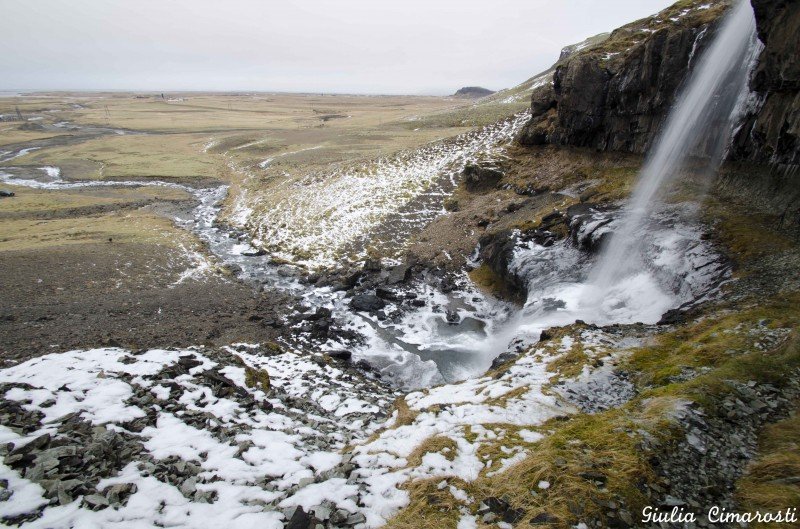 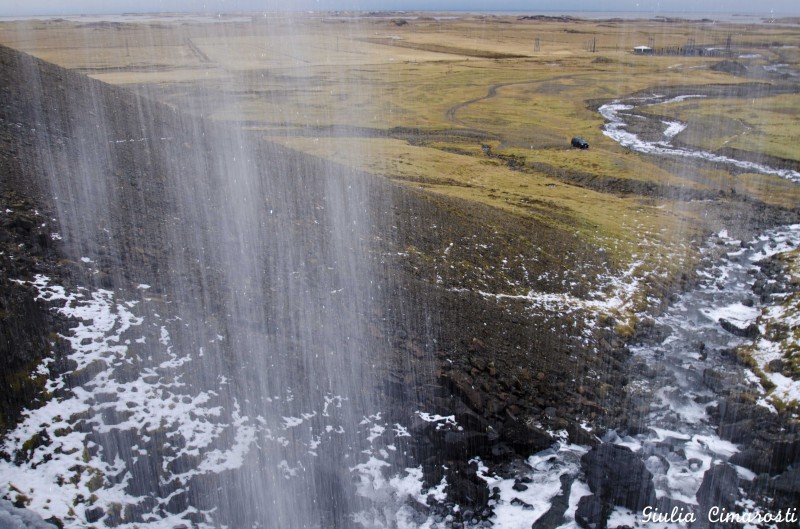 Can you spot our car?

I have never seen anything like this before… but this is not all! I have to add one last thing to yesterday’s new experiences: Icelandic wildlife! 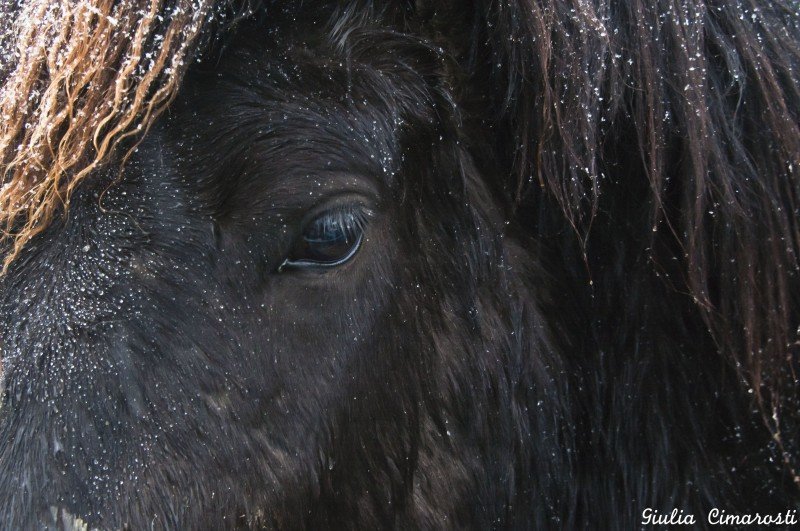 The Icelandic horse… so sweet 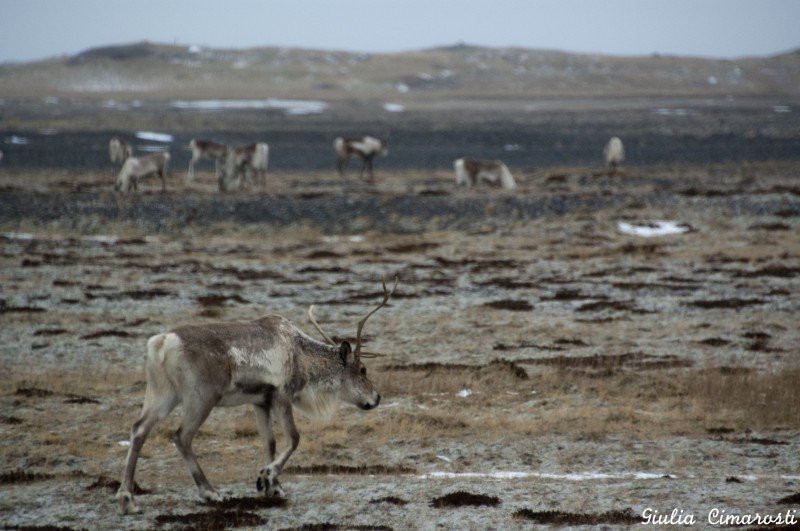 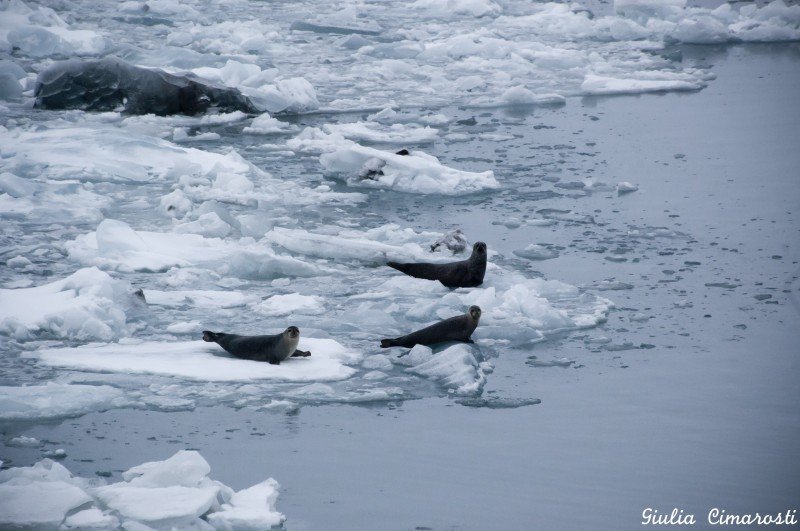 Cute seals lying on their bellies in Jökulsárlón

Okay, okay, enough great experiences for now… well actually there is more, from today… but I will tell you about this on the next post! I hope you enjoyed the photos.

HOLY SHIT… WOW!!! This makes me wanna go there RIGHT NOW. These photos are all so beautiful. Glad you are having a good time. Can’t wait to read more about your adventure in Iceland.

Thanks Jaime! Yes I think everyone should see Iceland… it’s so unique. And this is just the beginning!

Beautiful, beautiful photos! I’m glad you’re getting to explore Iceland. It is an amazing, unique country. I am definitely returning there some day. Are you going on a dog sled ride? You should try it!

Hi Sabina! Yes I agree that Iceland is amazing and I am already thinking of coming back asap!
No sled ride this time… I am not doing anything “physical” to safeguard my arm that is still recovering. Next time!

What a freeze atmosphere there in Iceland. Simply love Jökulsárlón pictures, however the most beautiful picture if for Reykjavik that you take from above. waiting for some more lovely clips.

Thanks, glad you enjoyed the pics. Yes, Reykjavik is beautiful! Stay tuned for more posts about Iceland:)

Love the ice photos – it looks beautiful there and it seems the weather has improved for you too!

Well the first days were pretty rainy but then it got amazingly sunny and I was super lucky :)