4 Awesome Pilgrimages (and where to do them)

Back in the day, pilgrimages were all about religion: the ultimate expression and affirmation of belief. This was before you could just get cheap flights, too; back then if you wanted to walk Europe’s most popular pilgrim routes you had to set out from your house and walk all the way to the place of religious significance.

Nowadays spirituality has taken a backseat to the new religion: travel. It’s pretty inspiring to walk well trodden paths taken by pilgrims hundreds of years ago, along roads that were thought to lead to ultimate salvation. It’s a better way to find God than getting to Rome and hoping to encounter him in the Vatican City, sipping tea with the Pope.

Whether you’re setting out to commune with God, or simply for an interesting walking holiday, one thing’s for certain: if you take these popular pilgrim routes, you’re in for a very special journey. There’s a lot to be said for climbing a rock strewn mountain barefoot. The Croagh Patrick mountain in Mayo stands at 710m, and it is said that St Paddy himself spent 40 days and 40 nights at the top of the mountain fighting off his demons (literally) before banishing all of the snakes from Ireland forever.

Dedicated Irish Catholics climb to the peak as an act of penance: usually on Garland Sunday and St Patrick’s Day. It’s not compulsory to climb barefoot: in fact, it’s probably better to wear sensible walking boots. Despite the Irish Government trying to convince people to dress appropriately, on pilgrimage days men often climb up topless and barefoot risking hypothermia.

Situated in County Mayo in Ireland, the nearest airports is Knock International but it may also be worth looking at flights to either Shannon or Dublin, both of which are within driving or public transport distance. 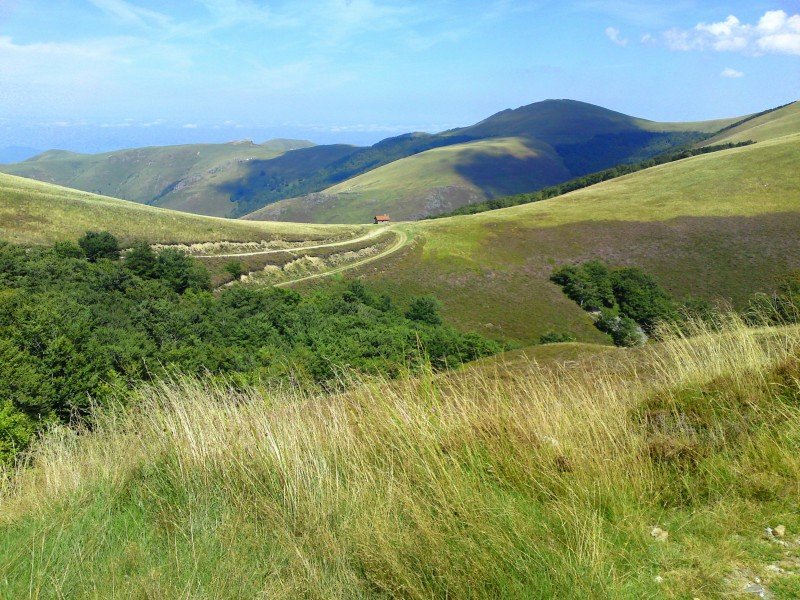 The ‘Way of St James’ has been the most important Catholic pilgrim route since medieval times: and the route itself has been in existence for over a thousand years. It was believed that if you walked the road to Santiago de Compostela, all of your sins would be forgiven.

Unless you count the aeroplane journey, the pilgrimage no longer needs to start from your home. Modern pilgrims begin near the French border: the town of Saint-Jean-Pied-de-Port is a popular place to begin, but any route that ends in the town of Santiago de Compostela, where St James’s remains were brought from Jerusalem, counts as a pilgrim’s route. You can even walk from Portugal, if you fancy a different angle. If starting from the traditional route you may have to fly to mainland Spain and backtrack as the nearest airports to Saint-Jean-Pied-de-Port are Pau and Biarritz, neither of which are particularly large and so mainly cater to domestic flights.

Remember to pick up a Credencial, or Pilgrim’s Passport from the Spanish tourist office. The Passport gives you access to cheap (sometimes free) accommodation along the route, and also allows you to pick up your compostela (certificate of completion) to prove to all and sundry that you are now absolved of all sin. 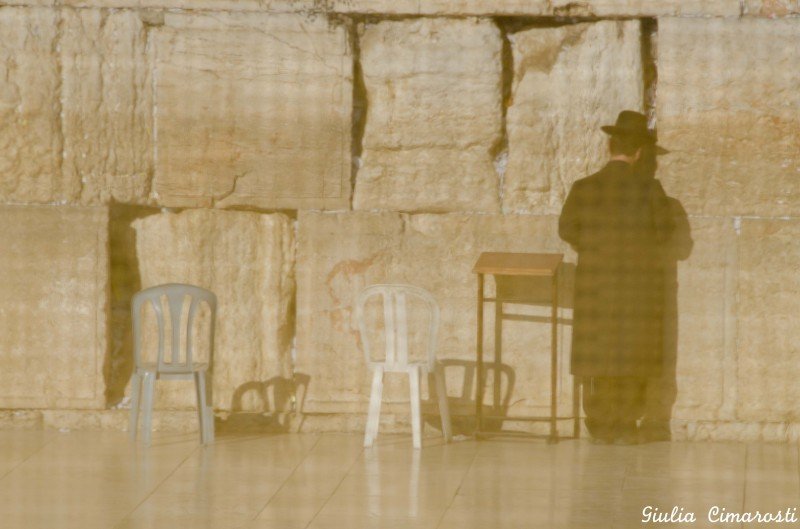 The Wailing Wall (or Western Wall) is believed to be the remains of the Second Temple built by Herod and destroyed by the Romans. Temple Mount has always been a holy place for Jews, ever since Abraham and Isaac’s times, and the pilgrimage to Jerusalem the most holy. Early Christians also believed that a visit to Jerusalem would absolve them of all sins.

Again, any route to the wall is a pilgrims route. Unlike Santiago, there is no set walking route: simply arriving at the wall to pray or ask for forgiveness is fine. Take some time to absorb the historical significance of the wall: it’s stood in the same place for thousands of years.

Jewish pilgrims end their journey by writing their prayers on pieces of paper, and tucking them between the cracks of the temple. It’s believed that prayers are more likely to come true if you do this: the sages said “it is as if he has prayed before the throne of glory because the gate of heaven is situated there and it is open to hear prayer.” The Pilgrim’s Way, England – by Andy Stephenson via Wikimedia Commons

Chaucer famously wrote about the road to Canterbury in his classic poem “The Canterbury Tales”, and the 192km walk from Winchester is seeing a resurgence in popularity. After the murder of priest Thomas Beckett in the 12th Century, people began to report that touching cloth soaked in his blood cured them of illness. After that pilgrims arrived in their droves to kiss Beckett’s tomb; until it was destroyed by Henry VIII in 1538.

The route itself is very pretty, running along a natural causeway through the North Downs and taking in a number of quaint English towns, Roman Roads, and religious sites. It may disappoint modern day pilgrims to find that the precise route marked on most maps can be traffic heavy.
I’d suggest slipping onto the parallel route, the North Downs Way, at this point as this is much quieter and the two roads often converge anyway.

Loved the post. As you know I did the Camino de Santiago a few years back and I have to say that despite being a full time traveler it still remains the greatest trip I’ve ever taken. I’ll have to try the other sometime ;)

I heard so much about the Camino and I think I will also do it at some point! Everyone tells me it’s an amazing trip… I can’t miss it :)

Wouldn’t mind walking a pilgrimage with you either!

Breathtaking shots! My favorite one is the one by the wailing wall in Israel, it’s such an important place for me! (Because of some religious reasons)

cool post! modern pilgrimage to St. James can start whenever everyone decides though! :) there are many different routes still used in the XIX century