Say what you like about it, but the food of Malta has character.

Drawn from centuries of being located in the middle of important trade routes, and from centuries of occupation by different civilisations all bringing their own flavours to the island: a meal in Malta is never boring, but is instead steeped with a rich cultural history.

Take rabbit, for example. The national meal of Malta is believed to be so popular with residents, as the hunting and eating of rabbits was banned when the during the Knights of St John occupation of Malta. Instead of accepting the hunting ban, the Maltese would hunt in secret.

Fenkata is more than just a dish; it’s a celebration of cultural identity. During a fenkata people tuck into a rabbit stew flavoured with red wine: be wary if you order this in a restaurant, as you’re likely to be served a whole rabbit with lungs and all intact. Rabbit is eaten in plenty of other ways, too: fried, roasted, or simply cooked into a sauce and tossed with spaghetti. 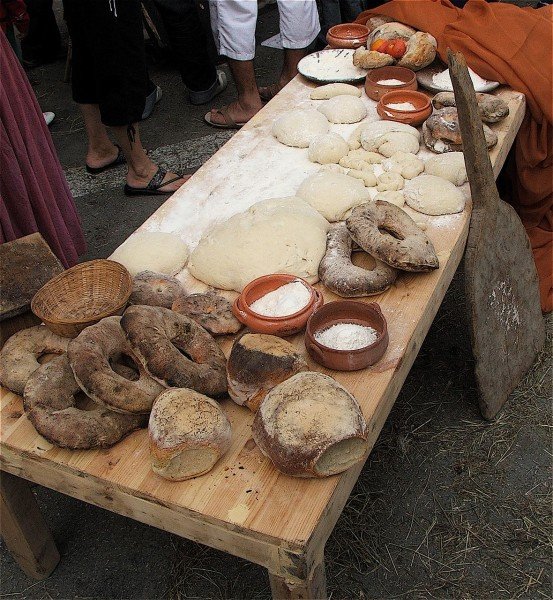 If you’re planning to visit Malta but don’t want to eat bunny, don’t worry: there’s a myriad of local flavours that will also tickle your tastebuds.

The food of Malta has many different influences: Italian, British, and Middle Eastern cuisine all played their part in shaping Malta’s modern delicacies. Ricotta is a very popular ingredient in many Maltese dishes.

For vegetarians, the popular snack of addictive pastizzi is ideal: diamond shaped pastries filled either with ricotta cheese or pea mixture, these can be eaten at any time of the day and are often sold on street stalls.

When it comes to bar snacks you’re likely to encounter the Maltese version of Italian bruschetta: hobz biz-zejt. Slices of thick bread topped with sundried tomatoes and drenched in quality local olive oil. You’re likely to have this served to you in a trendy bar, whilst you sip some delicious local wines.

If you’re averse to pork, be careful when eating the local vegetable soups minestra and soppa tal-armla: although these dishes are traditionally vegetarian, some restaurant owners are known to slip pork into the mixture. In the past, Malta sat on the very edge of the Christian world and had to work hard to keep their own cultural identity. By eating pork, taboo for Muslim neighbors, they were able to differentiate themselves.

Malta is an island: and that can mean one thing. It’s the perfect place for seafood lovers. Swordfish, octopus, grouper, tuna: all swim in the waters surrounding the island. During Autumn the enigmatic lampuka fish arrives in Malta, and the best way to sample this local fish in in Lampuka pie.

So raise your glass to the feisty spirit of Malta- and enjoy the cultural dishes on offer.

Would love to go and try the food!

This kind of foods looks so yummy… I really want to try some!

WowI I can’t picture myself what would I do if a whole rabbit with lungs and all intact were served…how can people eat that?

Ahaha yes that sounds gross to me too, but I am not the “brave” kind of person when it comes to food. So maybe it’s delicious and we’ll never know!