Have I been to Prague?

When I have to “tick” the Countries I visited, I am never sure whether I can include Czech Republic or not.

If I just have a stopover in the airport of a new Country, I never consider it as “visited”. But what happened with Czech Republic is still something different.

When I went back to Egypt in the Revolution time, I found an amazingly low rate for a flight to Cairo via Prague, and even if that was actually making my trip longer, the price was almost half of what I usually paid so I bought it anyway.

The cool thing is that I had to spend one night in Prague as a stopover and I was so excited! I had never been to Czech Republic and I couldn’t wait to spend my night exploring the city that everyone always describes as ‘wonderful’.

So as soon as I landed in Prague, I was transfered to a hotel in the airport area, and I asked the front desk receptionist for direction to the city center. He handed me a map, and I was ready to go.

I admit, my biggest mistake was that I didn’t plan anything, and made zero research. I just thought that it was going to be super easy to reach the center, see the main landmarks, and go back to the hotel before the next flight (which was in fact in just about 6 hours).

It was a complete disaster!

I had a rough idea of what I wanted to see – I thought I just had to move towards the center and then, once there, I could ask for directions and see all the landmarks I was looking for. How wrong I was!

First of all, I was just too used to Egyptian prices by that time, and I decided to use transportation to avoid paying for a taxi.

I took a bus out of the airport, arrived at a metro station, took the metro and asked a girl where to get off to see this and that. She didn’t really understand what I was looking for, and didn’t even speak much of English, but she pointed at a metro station on the map and I followed her advice.

When I got off the metro, I found myself pretty much in the middle of nothing, at least that’s what it looked like for me: a little alley without too much life. Something told me to start asking taxi drivers for their rates to the airport, “just in case”.

I had just about 2 hours of time before the last metro train back to the hotel, I was already late and still had no idea of where I was and where I had to go.

I found a nice square and took some photos. But I have no idea what square it was. 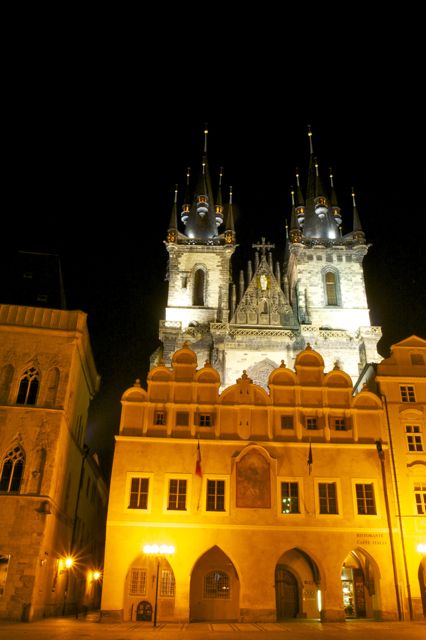 Then again I asked for directions for the Charles Bridge (Karlův most in Czech) and this was the beginning of the end.

Karlovo náměstí, NOT Karlův most. Dang.

Again, I was in the middle of nowhere, and this time it was an empty and dark huge road. Again I asked for directions to some guys but they told me the Charles Bridge was very far. I asked where the river was, and I followed that direction. I got to the river, and had no idea if I had to walk right or left to get to the bridge and the center. I chose to walk left. I was going in the wrong direction, and I was starting to freeze (it was february). 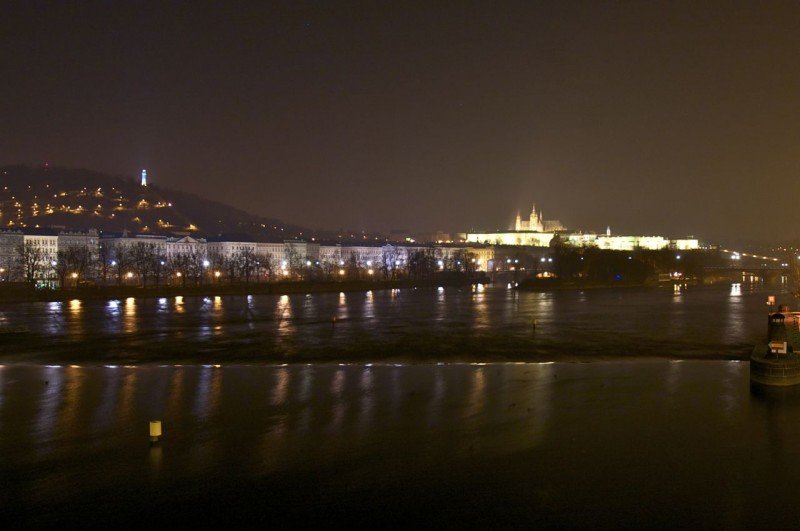 There was literally no-one around to ask, and the only 2 or 3 people I bumped into were drunk.

It was time to say goodbye to Prague and go back to the airport. I managed to go back to the metro station but forgot that I had to change the line to reach the closest station to the airport, so I ended up in the wrong place. I finally took a taxi and invested the budget I planned to spend on my night in Prague for dinner and a drink, to pay for it: 550 Czech Koruna (about €20) – luckily, at least I agreed the price with the driver before getting on the car, because the meter counted more than 800 CZK by the time we got to the airport.

Prague, oh Prague, yes I’ve been there, but I have to come back! 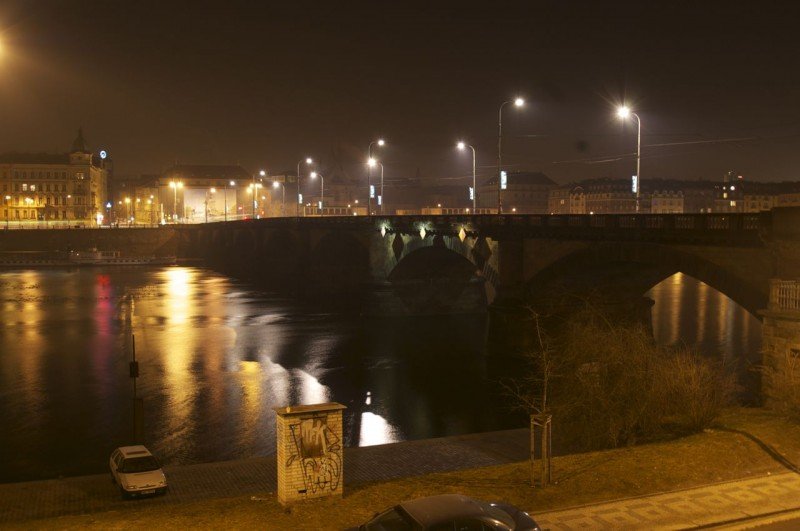 Wow… just wow. That is one crazy experience in Prague! I spent only 24hrs in that city and can understand why you got lost so many times. I kept getting lost and i had a detailed map of where I was going. Its just a beautiful city with so many streets going in every direction. I too will have to go back one day because I loved it and want to see more of it.

Yay so I am not the only one! :)
Luckily when I was in Cairo one of my flatmates was Czech, from Prague, so hopefully next time I can ask her for directions, or she can be my guide! That would be so cool. Okay let’s go!!!

Wow Prague seems to be such a beautiful place… I wish I ever had the chance to get there. These eastern european countries are really beautiful, I’ve been in Budapest once, and it was one of the most wonderful trips of my life.

You definitely have to go back. Plan or take Lonely Planet next time though. ;-)

Hehe yes I have to!!! And next time I will have enough time to spend in Prague + I will plan it more:)

Oh man, I would have been freaking out. I hate feeling like I’m lost.

Yup it was not nice at all!!! I knew I wasn’t lost, but I felt unsafe and that was the worst thing.

That’s really a disaster! If I’m in your shoes that time, I might start crying because your totally lost in an unfamiliar place. Plus you don’t know where to go..

I hope that you will have a better experience once you are able to visit Prague again. As you said, there is really a need for careful planning before you set foot in a foreign country.

Wow that is horrible! I have also experience that. Going to a place and spending money and I ended up to nothing. But thanks to Google every time I go to a place I just google where to go. Maybe next time you go to prague you google things first :) But great pictures you have here. I love it.

Prague is such a beautiful place, in fact we spent our honeymoon in that amazing place!

I’m actually in Prague right now for Holidays :) My mum lives here.
It’s a wonderful place. There are all kinds of thrift stores, coffee shops, and sights to see. Go to the Prague Castle and Wensceslas Square. The tram & bus routes aren’t too hard, but they are in Czech. Practically every building is a masterpiece. Just take in the overall beauty :)