A look at the top scuba diving destinations

There are some amazing diving destinations around the world which makes selecting the best destinations for scuba diving holidays a difficult task.

However, thanks to their beautiful settings, amazing marine life and stunning scenery, the following destinations all deserve their place on this list: 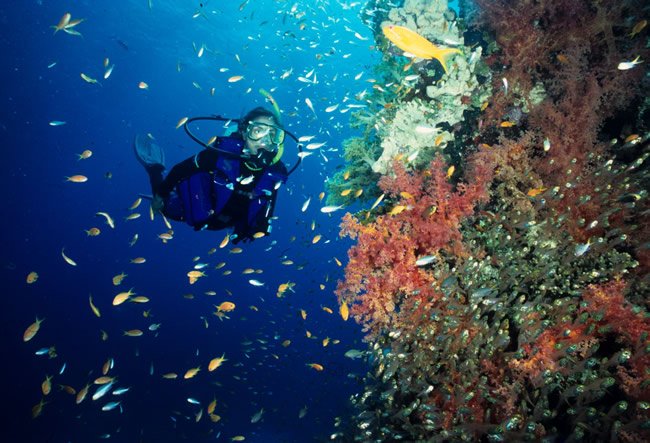 Indonesia has to be one of the fastest rising tourist and traveller destinations on Earth and nowhere in this archipelago is better for diving than the south east shores of Sulawesi. Identified as a bio diversity hotspot, Sulawesi is a cornucopia of marine life. From sponges, coral and bivalves, to rays, turtles and crustaceans; all come together in a kaleidoscope of colour. To get to Sulawesi, fly in to Makassar, via Kuala Lumpur. 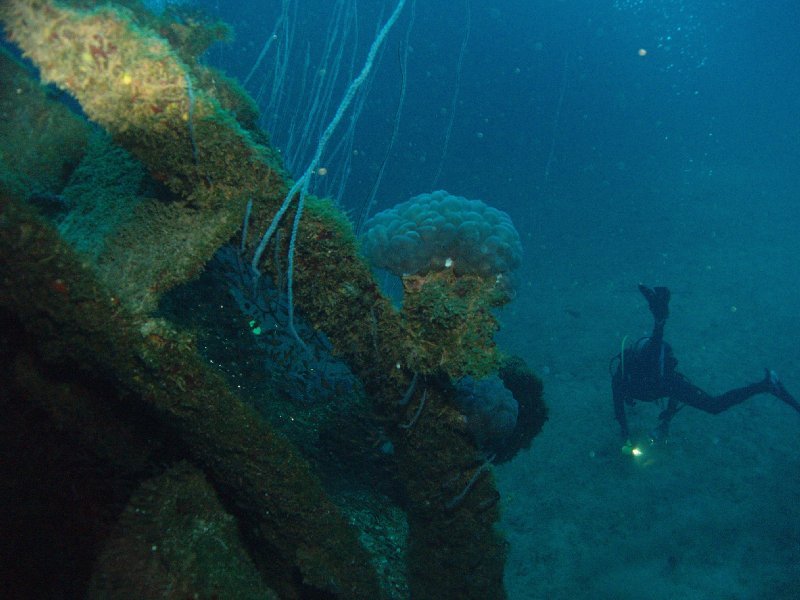 Bikini Atoll in the Marshall Islands

Bikini Atoll is a marine oasis with a dark past. Situated amongst the Marshall Islands in the remote West Pacific, Bikini is the most impressive wreck dive in the world. The USS Saragota, a giant World War Two aircraft carrier, was sunk, along with many other warships, during nuclear bomb testing during the post war years in the Bikini lagoon.

Its status as a military exclusion zone and World Heritage Site makes for an undisturbed treasure trove of marine life. Permits for diving are highly regulated, but possible with a recognised guide. It is not permitted to go ashore, so this is a live aboard trip. Fly into the Marshall Islands via Honolulu, as the Marshall’s have their own air service for island hopping. 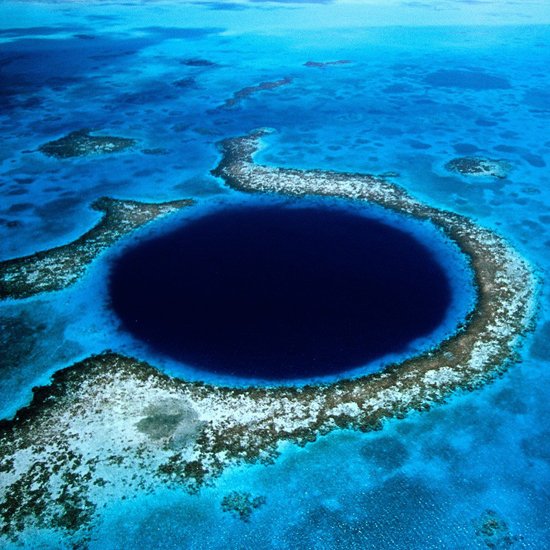 The Great Blue Hole is a visually impressive reef-ringed lagoon that drops down to over 120 metres, contrasting a deep majestic blue with the shallow turquoise waters surrounding it. Very little marine life inhabits this remote sink hole. However, divers come to see the eerie rock stalactites that sprout from the edge of the hole as you descend. Caye Caulker is a popular island for budget travellers and within an hour’s ferry of the Hole. To get to Belize, fly into Belize City via the US. 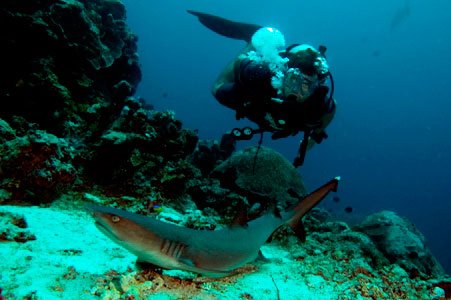 Pulau Sipadan is the number one island from which to dive in Malaysia. Mix with the turtles in the clear shallow waters, diving deeper, to underwater caves, tellingly named the Turtles’ Graveyard. Elsewhere, the ocean drops away to over half a kilometre deep only metres from the beach.

For even more excitement, you can go and dive with the huge shoals of barracuda that congregate off of the reefs. Flying in, you will land at Tawau, via Kuala Lumpur. Sipidan is now a protected site, so you will have to come in by boat and stay at one of the neighbouring islands. Get there early to avoid the crowds, as this spot is now exceedingly popular. 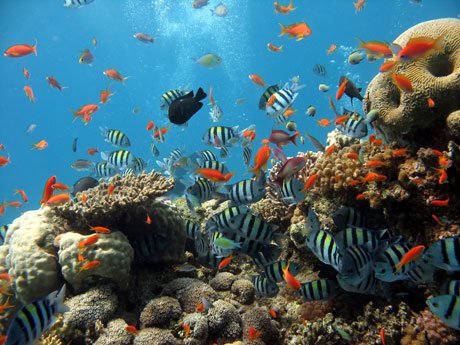 As events unravel in the Middle East, 2012 will likely see Egypt continuing to attract divers to the country to enjoy what is certainly one of the world’s premier dive locations.

Foremost among the Red Sea’s dive spots is Ras Mohammed National Park, home to Shark Reef and the wreck of the Yolanda cargo vessel. Permits are required but are not difficult to come by. These protected waters are beginner and intermediate friendly and as the area is a national park, traffic is controlled, so you are less likely to be fleeced by under qualified cowboy guides.

The Yolanda is surreal, covered with, of all things, toilet bowls! Meanwhile, diving Shark Reef involves hovering over a sheer cliff. This is a micro environment of marine life that attracts organisms all the way up the food chain to those eponymous predators of the reef’s name, sharks. 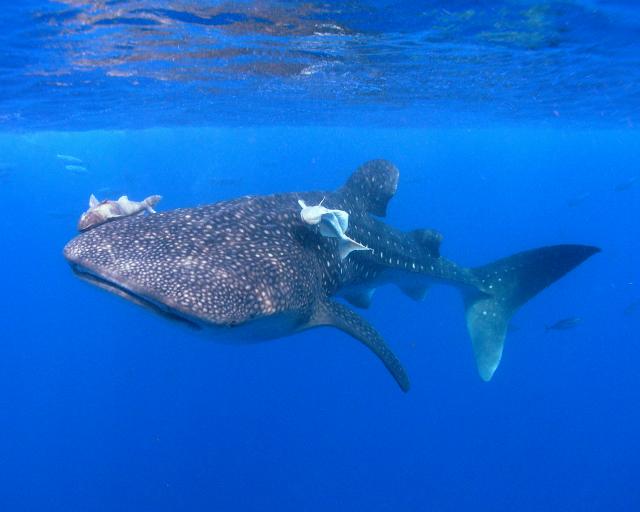 For possibly the worlds best shark dive, travel to the uninhabited Cocos Island. Hammerheads shoal here in enormous numbers, joined by other shark species including White Tip, Nurse and Whale Sharks, over the underwater pinnacle known as Alcyone.

There are also healthy populations of tuna, turtles, dolphins and much more. Cocos Island has an infamous history as a hide out for Pirates with their buried treasure and this atmosphere is preserved by the lack of human habitation.

People are not allowed to sleep ashore without special permission, so for most, this is a dive cruise experience. The island is over 300 miles west of the Costa Rica coast. Fly into San Jose and, from the mainland, you will need to find a place on an expedition boat, run by the national park authorities. 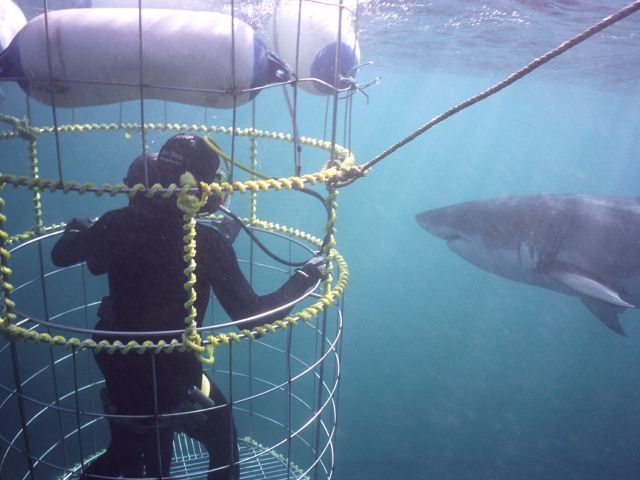 South Africa’s Cape has unique significance as a triple whammy diver’s road trip. It is the crucible for a diverse range of habitats, due to its location as the meeting place of the Atlantic, Southern and Indian Oceans.

The Western Cape is where the world’s most dangerous marine predator, the Great White shark, congregates in its greatest numbers. Fly into Cape Town and go cage diving with Great Whites from Gansbaai. The fear factor and the fact that bait and chum are thrown in to attract the shark’s means that this is not for everyone and it may put you off of surfing the world class waves nearby. However, there are plenty of other opportunities to dive around the Cape, such as in the kelp forest with inquisitive seals. 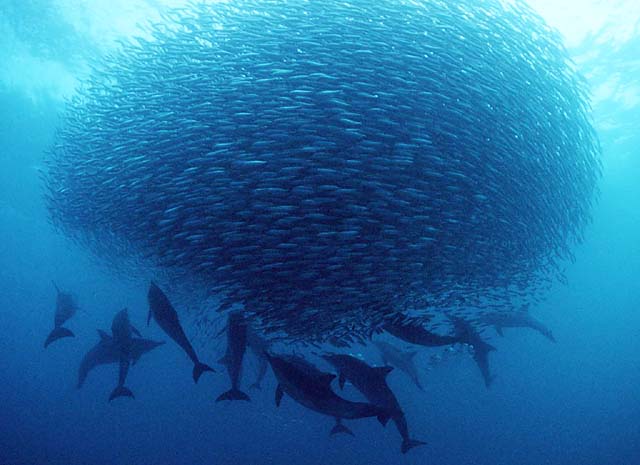 You can then take a road trip east, along the popular Garden Route, to the warmer waters of the Indian Ocean. Every year, between May and July, the Eastern Cape plays host to the Sardine Run, a true natural wonder of the world. Millions of the tiny fish congregate, attracting hoards of whales, dolphins, sharks and other predators. For this, you will need to charter a boat as a mobile platform to chase the congregating sardines wherever they appear. You may well witness a predator feeding frenzy, as the sardines are squeezed into a bait ball. Very exciting expedition stuff! 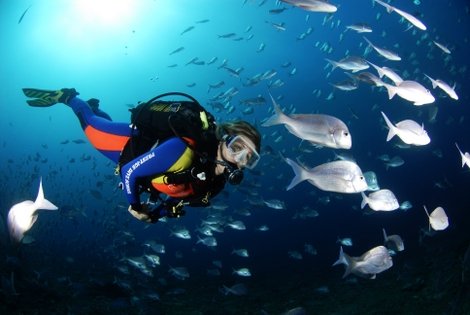 In addition, drive on North East to Sodwana Bay, part of the Kosi Bay nature reserve. This semi tropical coast houses beautiful reefs, where Mantas, Hammerheads and the occasional Whale shark cruise. For sheer diversity of life, the Cape is the travelling diver’s place to visit.

Wow, did you dive at all of these places? Great photos. The Eastern Cape & Cocos Island look like fun and I hear Egypt has some nice spots, which I wouldn’t have expected. Just got my PADI so I should be plotting more trips around diving now. I can skip the shark cage; I feel like that’s no longer unique to any one place and the idea of JAWS still freaks me out.

Well here is a little secret: I don’t dive!
Congrats on the new PADI certificate, wish you a year full of amazing dives and without shark cages :)

Interesting guilia!!loved the clicks….even national park of egypt looks cool along wid some locations of south africa and coco island…how many have you been to?

I have been on the Red Sea in Egypt but I never tried diving… snorkeling is enough for me! I love underwater photos too, the world down there looks amazing:)
Thanks Akshaye! Good to see you around.

Fantastic job i like Eastern Cape & Cocos Island look like fun and I hear Egypt has some nice spots, which I wouldn’t have expected. Great shoots of national park of egypt looks cool along wid some locations of south africa and coco island, thanks for sharing.

I wish I wasn’t so afraid of water. I miss so many underwater sights.

Well I am kinda scared too, but somehow I think it’s good because if not my bucket list would be too long :D
(let’s look at the positive side!)