The sea is in my veins

I always say I’m not a lover of the sea as I don’t enjoy swimming that much. But I also always say I could hardly live in a place which is not on the ocean (with an exception for Cairo of course… Oh I love contradicting myself!).

When I won my scholarship and had to choose where in the UK to go, I chose St Andrews, Scotland because it was the only possible destination that layed on the coast.
I later found out it was a super famous university and Prince William was studying there.

Why do I want to be by the sea when I don’t care about going to the beach that much?

I think I found the answer today. I’m writing this while I’m on a ferry to the Tremiti Islands, in South-Eastern Italy. As usual I’m on my own and playing one of my favourite games: people watching.

The horn just honked and its heavy sound made some people jump. And I had a powerful flashback: when I was a child, I used to hear this sound from the harbour when ships left, at night. 3 honks: “goodbye”. Back then, for some reason I thought this was the sound of war (I probably saw some navy war movie that shocked me or something) and it scared the hell out of me. 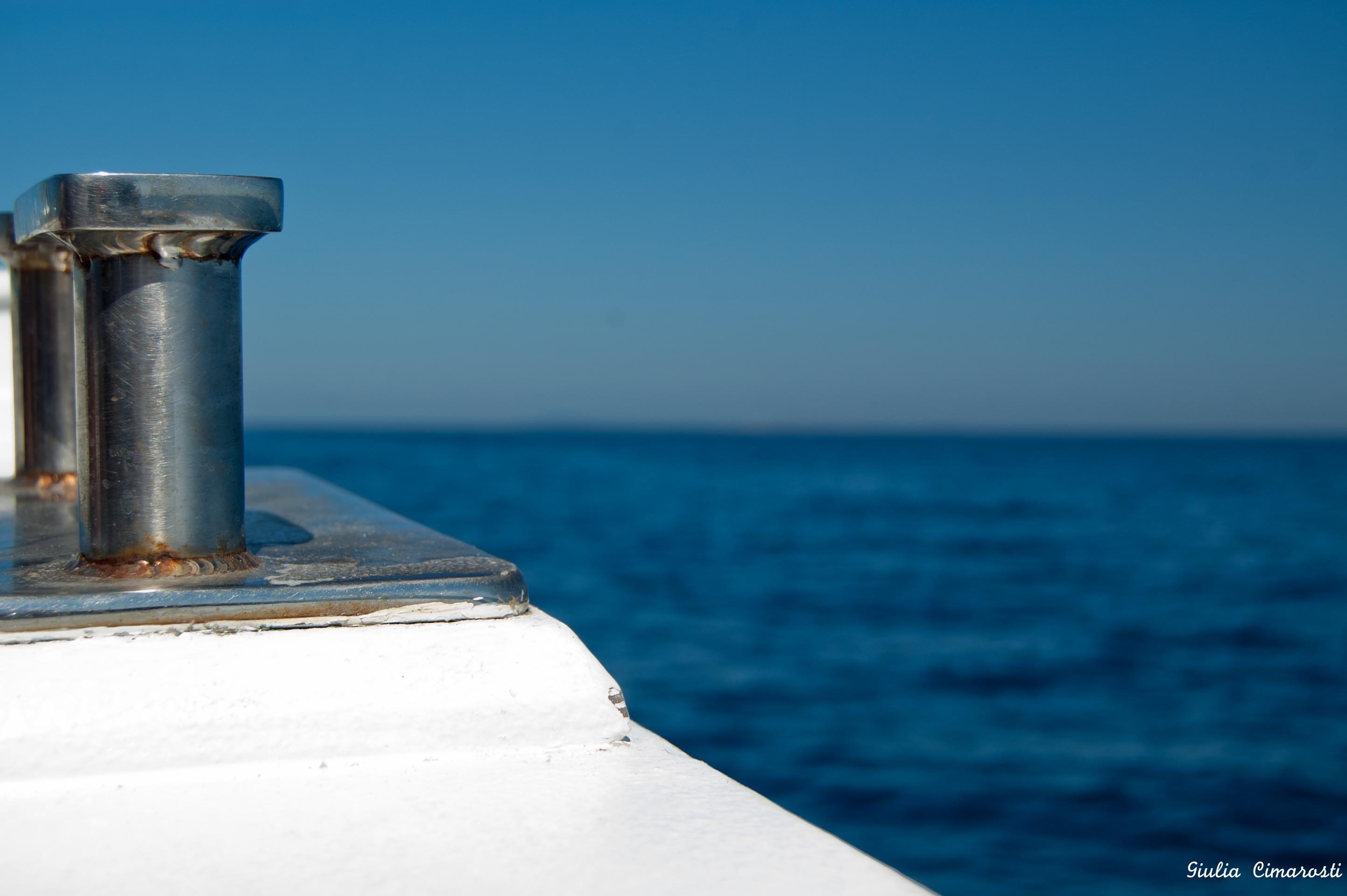 Can't you just smell the salt?

This sound is so familiar.

Familiar as so many things I’m seeing today:

Women are in their bikinis looking for the perfect tan while guys wear their bermudas… With half butt out. Sexy vs not sexy!
Reminds me of me and my family when we had a boat, on our little cruises in the Mediterranean Sea as me and my brother were little.

Someone is scared and someone else is sick. To me, everything feels just natural.

The smell of salt on the ferry. Reminds me of the berth where I used to sleep with my brother. Maybe it’s just the typical smell of a boat, not sure but it just brings me back to that time.

The sound of the chain when they pull the anchor: how many times we remained aground and my father had to jump into the sea and take it out! 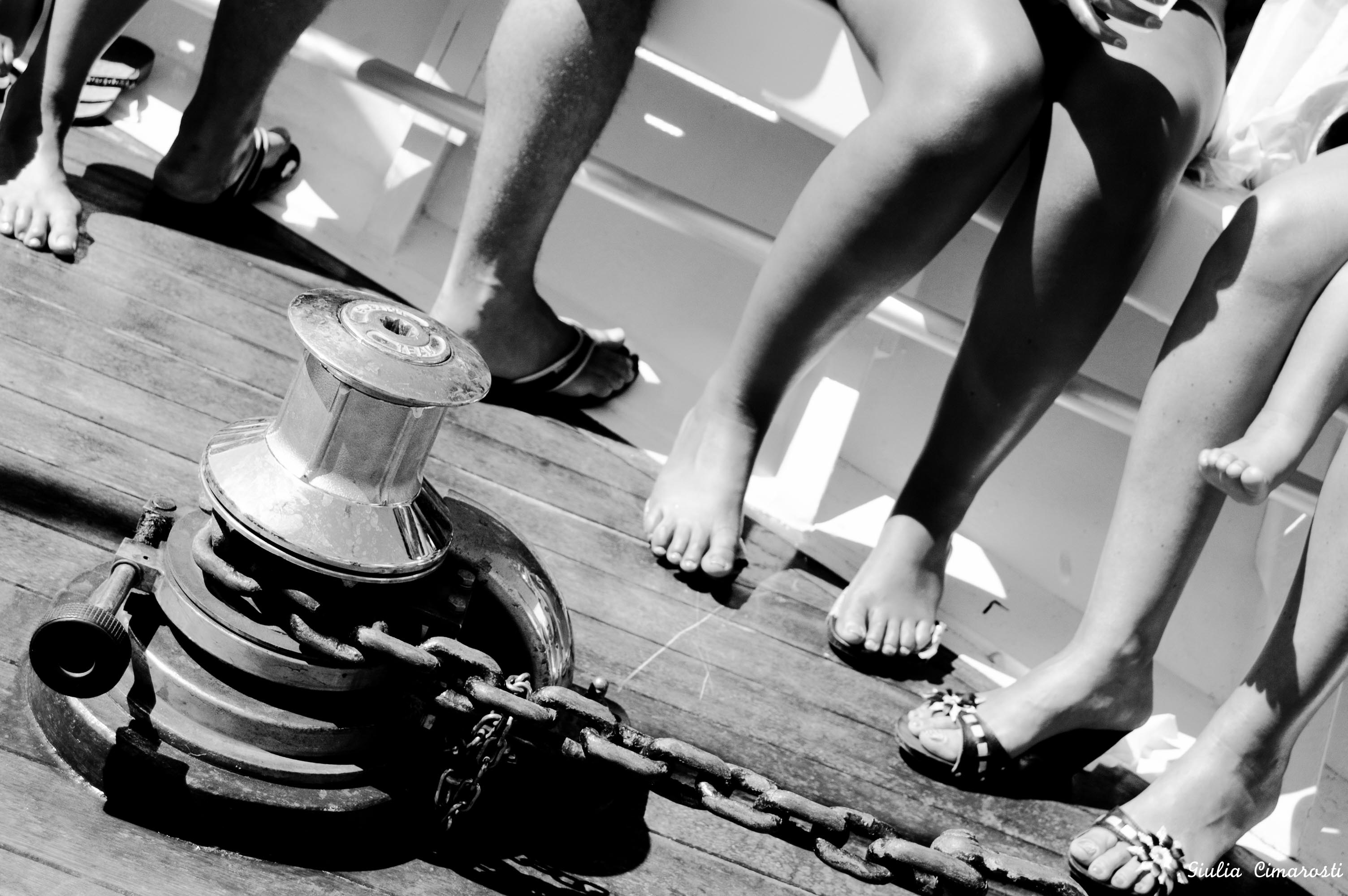 People can’t stand while the boat moves and sit down. Me, the clumsiest person on Earth, take photos and stand going along with the boat’s movements.
This is what we call the “marine foot” and it’s something you either have or not – and I got it when I was a child.
Of course I can’t dance tip-tap on the edge of the boat on a wavy sea but I definitely know how to stand!

I have memories of me on a boat basically since I started having memories. Some are good and some… Well not really: in order to teach me how to swim, my father used to literally throw me into the sea from the boat. I have clear memories of me sinking and my father jumping to catch me before it was too late. Clumsy me? Cruel him? Dunno. But that’s probably why I don’t like bathing in deep water at all now. 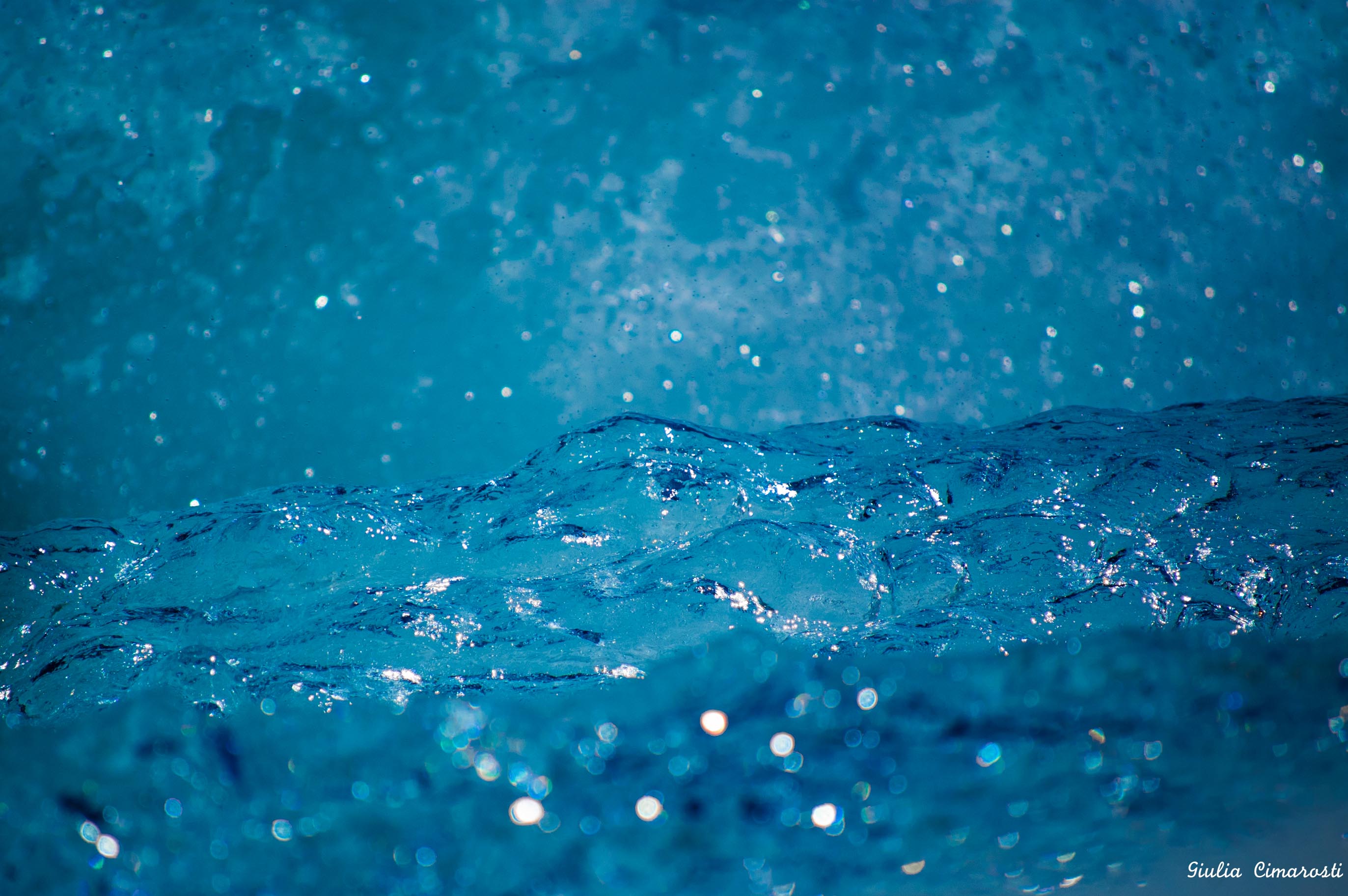 A nice memory for the counterpart? Amazing scenery, the on board kitchen where we used to cook delicious food, and the boat named after me and my brother: “GiOt” (Giulia and Ottavio). My father gave us his captain hat sometimes and we felt so cool.

My brother and my father are successful sailors, Italian champions and all. I tried once and I hated it (as I do pretty much with any sport!). I might be the black sheep of the family but nothing will ever take the sea out of my veins.

What a poetic post sis! Yes, I feel you. Sometimes I feel the exactly the same. Not particularly about the beach, just in general. I mean, that’s gotta be in our system. Otherwise, I can’t really explain the passion and the love I’m having for some stuff in my life. Where did that come from?
I spent a week in Wildwood Crest, New Jersey — basically a beach town, and I enjoyed every single minute on the beach. Water was too cold stil but the sand, the sand! Loved walking around the beach, Sand dune, birds, wave, breeze.. everything.
I feel you sister. :)

Your writing invokes many memories in me. I was brought up right on the coast. There was no port, just rocks and a lighthouse and it is the sight and sound of the lighthouse that I remember so well. The beacon of light as it flashed towards us was there every night but it is the sound of the fog horn that I will always remember. It was directed out to sea but when the wind was from the north we could hear it going off all night. Very spooky when I was young.

I’m with you, Giulia. I LOVE the beach, the water, sailing, anything to do with the ocean. I grew up without one, then we moved when I was 16.5 years old to Texas, where the Gulf of Mexico was just a ten minute drive. Now, though, I’m really sorely missing the summers back home, with – like you mentioned – the smell of the salt on the ferry and the clanking of the chain on boats. Here in Israel I have a wonderful view of and easy access to the Sea of Galilee not far from my apartment and the Mediterranean Sea just an hour’s drive, both of which I love. It’s somehow not the same, but I’m happy to have water so close by.

I think I’m probably the same. I don’t like going in the sea because I’m not a strong swimmer yet I live and was raised in a coastal town and the beach has always been a 20 minute walk away.

I love big cities now and the fast-pacedness of it all but I so wonder whether I’d miss being near the sea if I was away from it for too long. Probably.

I’ve started a love affair with the sea (shh! Don’t tell Shaun) during our most recent trip. There is something so amazing and comforting about being near it. I love the sounds of the waves hitting the shore and last night, got to see the moon reflecting from the ocean. LOVE!

[…] My journey started with a 2 hours boat trip from the port of Vieste, on the eastern tip of the Gargano peninsula. That journey itself was beautiful, as it goes all around the Gargano coast, showing beautiful landscapes including the picturesque town of Peschici: […]

[…] to dress me in blue very often when I was little. My family owned a boat and I literally grew up sailing the Mediterranean. Also, we all live on the Blue Planet, don’t we? We are all linked to this color, like it or […]