Pics of the week: Milan, Italy

What was Giulia up to these days? In case you wondered, as I was kinda of away from Twitter and all, I was in Milan.

I was supposed to stay one day but then it turned into a 3 nights stay and I must say it was a lovely one.

For some reason I never loved this city but this time I really enjoyed it! And here’s why.

I attended a charity dinner by the Italian Organization “ItaliaproNepal“ – they support Nepal and organized this dinner to collect funds for their projects down there, mainly related to children and their education.

Do you remember that song from the 90’s, that goes like “I, I wanna hmm hmm I…”? well I’m sure you do! This guy, a.k.a. The Lawyer, is Italian and is a friend of mine. He had a show at this dinner then he hosted me for 3 nights at his place. 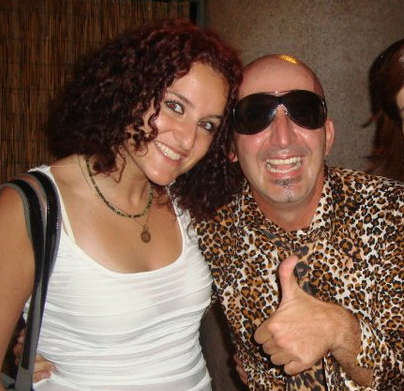 Me and The Lawyer

I went out in the morning and met Simon (Twitter: @1step2theleft and @avventurosa) from Wild About Travel! It was a lovely Tweetup and we had a yummy lunch with typical tagliatelle and meat sauce (ragù), in a place she recommended… and she was right! A lot of nice talks mainly about travel of course! And I proudly added a new “M!” (that means I met a blogger) on My Cool Blogroll!

After lunch, I met a friend of mine (by the way I realized I know more people in Milan than in my own city, Genoa) and we had a long walk in the city centre, and I couldn’t miss the famous Duomo di Milano. 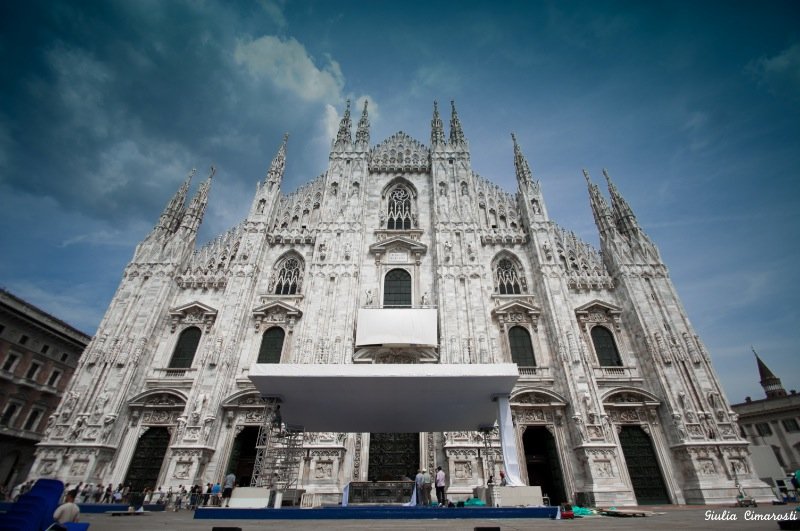 I’ve been there before many times, but never stopped to take a photo. But now that I have a blog, well everything changes! They were setting up a stage in front of the Duomo, not sure why, so it’s not the best picture but the wide angle makes the rest!

My friend, the one who was hosting me, is a volunteer in an association called Associazione Arcobaleno (“rainbow”, in Italian). They have many activities including teaching Italian language to immigrants, for free. He had a class that day so I joined him to the school and because of the large number of people that came, I ended up working as a secretary, taking registrations for the newcomers.

I had the chance of talking to people from many countries, including Ukraine, Philippines, China, Morocco, Egypt (and I spoke some Arabic!) and Lybia too. Most of them arrived illegally with boats to Lampedusa (Sicily); these landings of illegal immigrants have been on the news every day lately here in Italy.

It was definitely a very interesting experience and I wish I will have the chance of working in such an environment soon!

After the class I finally saw an area of Milan I didn’t see before: the Navigli (“ships”, in Italian). This is an area with water canals, surrounded by nice promenades with restaurants and bars. Definitely one of the nicest areas of Milan I ever saw! 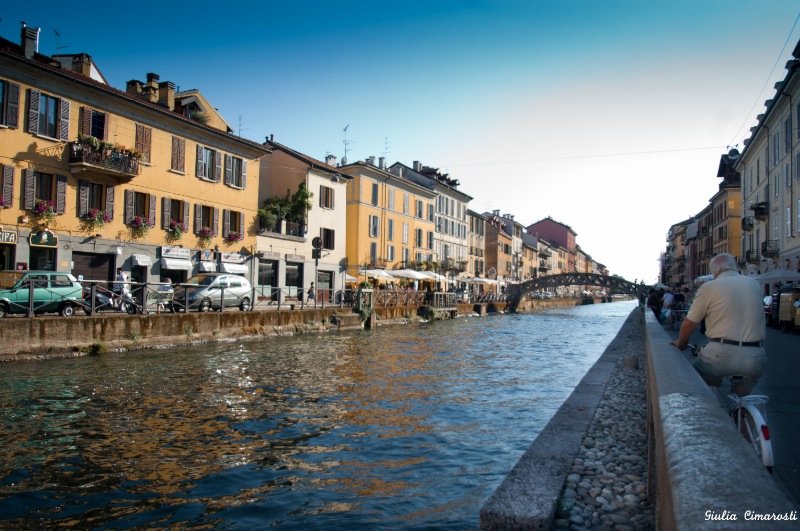 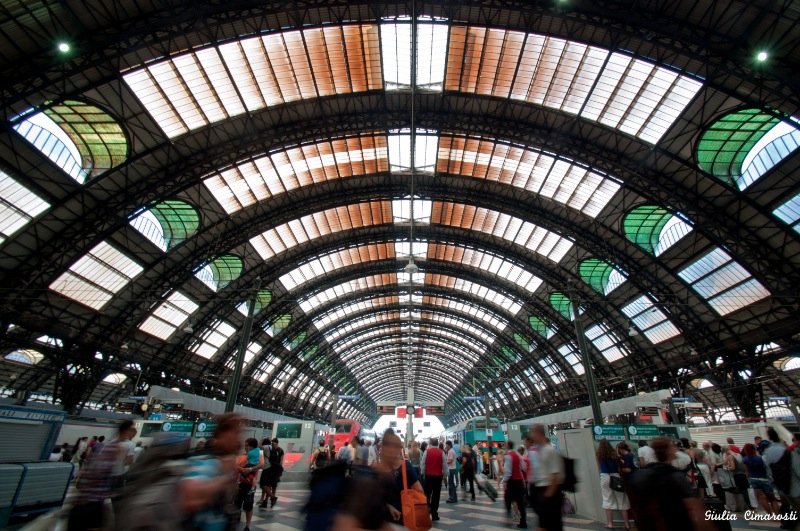 Bye bye Milano! It was nice seeing you, this time.

Brilliant sum up sis! I can see how you had a great time at Milan. Duomo! So beautiful…
I’m so jealous of you and Simon! To meet each other. :)
I love your new signature in the photo by the way.

Yes, meeting Simon was great!
I’m waiting for the big “M” next to your name too :)
The signature is because I finally switched to Lightroom and it puts a watermark automatically when exporting. Ahhh I love it!!!
Thanks hun!

What a great wrap up… I had been told that Milan is not that great of a city to visit. After reading this I must say I will have to visit Milan while I’m in Italy.

PS the picture of the cathedral is amazing!

Well Milan is great if you like shopping, art and nightlife!
I thought it was pretty much all about that but I am more than happy to find out there’s much more.:)
So yep, you have to check it out! I bet your list is getting longer and longer… don’t worry it’s perfectly normal :D

Hmmm…seems you had great time…..heard a lot about Milan as shopping paradise..and gr8 night life..but this is all together different side of milan,you have shown…its amazing…no words for excellent photography(as usual gr8)..and pic of cathedral is really amazing…
Still amazed to know the fact that it is being used for illegal migrants to access the country…does it really happen??

Milan and its Duomo are beautiful!

wow you did a lot things there and it’s all for good cause. When I think about Milan , I only think about fashion and maybe that’s why some of the guys I know not too crazy about it.

I enjoyed the article & the photos are stunning. I love the way you captured the Duomo di Milano from a wide angle tilting view. The final shot in the station with the motion blur is another standout image.

Milan looks like a great city to be visited! I love the photo of the Duomo di Milano.