Deep breath – Melbourne’s sheer scale may make the city seem overwhelming on first impressions, but dive in and you’ll see Melbourne for what it really is – a friendly network of eclectic neighborhoods, all waiting to show you their own particular version of the city. Nothing to be scared of at all… Melbourne by night – By Reinis Traidas via Wikimedia Commons

Melbourne’s urban sprawl spreads its tentacles all over the north-east arc of Port Philip Bay, and is chopped in two by the Yarra River. On the north side, you will see the small but perfectly formed Central Business District known as the CBD, characterized by the slightly surreal buildings of Federation Square. The spiky modern architecture of the square has been a talking point amongst locals since it was unveiled back in in 2002. Fortunately for tourists, it makes the city’s main visitor centre easy to pinpoint.

Some of the city’s most visit-worthy neighborhoods can be found north and south of here, each offering their own trendy, village vibe. Must-see neighbourhoods include the bohemian Fitzroy, Carlton (known as Little Italy), upmarket South Yarra and the backpacker haven that is found close to St Kilda. These neighborhoods are small enough to be navigated by foot, but local trams as well as car rentals provide inexpensive, convenient ways to get around.

The CBD might look like it’s the strict preserve of boring, suit-clad business people, but as is the case with much of Melbourne, there’s a pleasant surprise in store for tourists who delve deeper. Beneath the corporate façade lies a maze of pedestrianized alleyways, lane-ways and intriguing arcades. Begin your walking tour at Flinders Street Station and trip downstairs into Campbell Arcade, a subway that plays host to shops, a coffee bar and random modern art installations. Be sure to bring your camera along and take photos – they’ll be some of the most authentic mementos you’ll collect of Melbourne’s indie, creative strip – anyway, you won’t find many chain stores or souvenir shops around here. Thankfully.

Returning to street level – venture up to Degraves Street, famous for its café culture and pretty boutiques, from here wander in the direction of the Majorca building – you can’t miss it, it’s the slightly gaudy one covered in blue tiles and golden shells.

Next, pop back out onto Flinders lane, an area jam-packed with stylish clothing stores and home-grown Australian fashion brands. Follow your nose from here and you’ll find yourself rewarded by the coffee shops and soup kitchens of Centre Place Lane.

Just as you approach Collins Street, take a look right and you’ll spot the glittering Art Deco mosaic tiles on Newspaper House that reads “I’ll put a girdle round about the earth” , a tagline put in place by none other than Rupert Murdoch’s father, Keith. Delightful, you’ll agree. Next head onwards towards Block Arcade, where you can admire mosaic tile work dating back to 1892. Pretty soon you’ll reach the much photographed Union Lane, famous for its wild, outspoken street art (or graffiti), depending on your opinion. 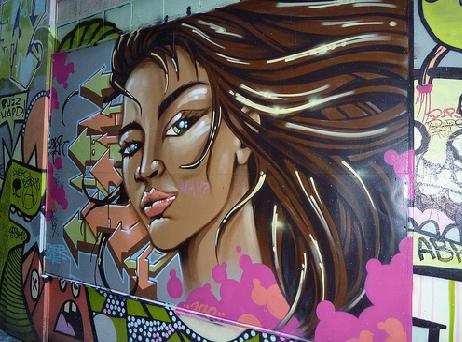 Kicking it old school, the city’s architecture doesn’t get much better than St Paul’s Cathedral. The Anglican Cathedral is located on the original site of a wooden church which was started in 1835 but only fully completed in 1891. 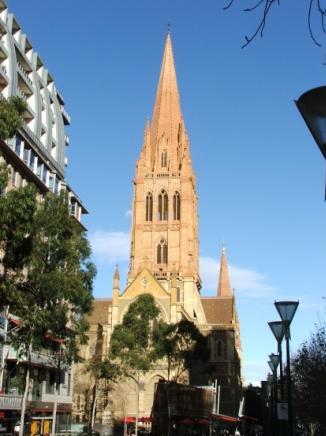 For a breath of fresh air (weather permitting) head over to The Royal Botanic Gardens, the city’s green lung, famous for the rolling green plains of the Kings Domain, the Southbank residence of the Governor of Victoria. The gardens first took root in 1846 and are now home to a range of fragrant and verdant specimens including camellias, ferns, oak and palm trees as well as a picture-perfect ornamental lake.

All that is missing is a little injection of color from the national Gallery of Victoria.
The gallery, which is part of the Arts Precinct, is located within the grey, echoey halls of a hangar, containing some 15,000 works of art beneath a beautiful stained-glass ceiling, said to be the world’s largest. 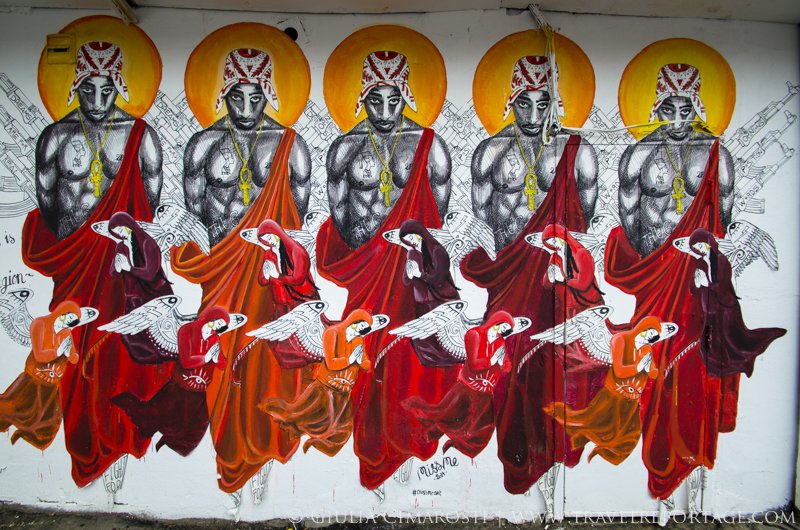 Montreal Street Art. Hands down, the best ever
6 Nov ’14 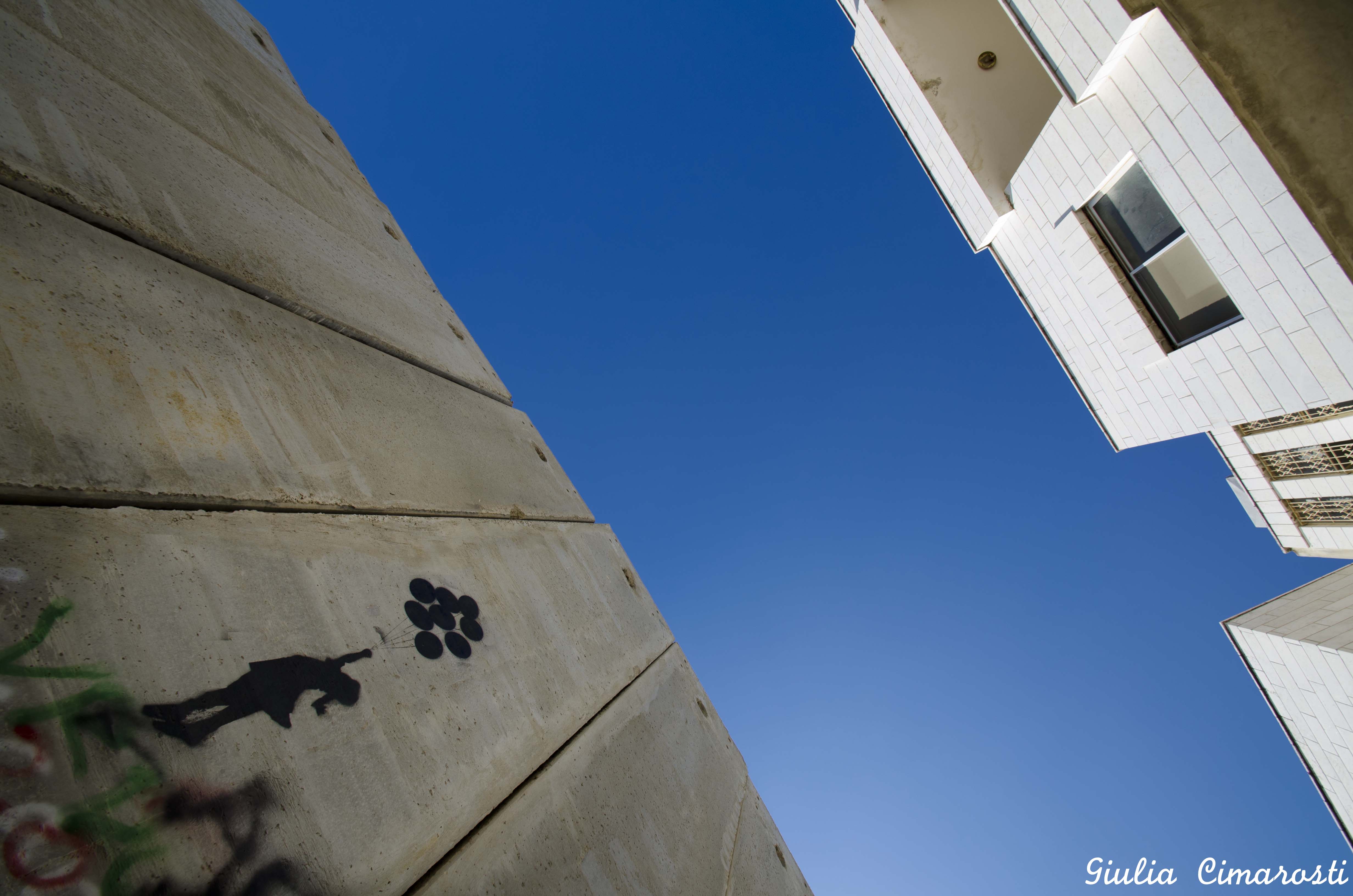 Graffiti in the West Bank: the Separation Wall, Banksy and more
9 Dec ’12
The Amsterdam prejudice vs plan
3 May ’12

Interesting!! the photo of Melbourne skyline was just amazin!

Ah, I LOVED Melbourne when I was there. Definitely my fave place in Australia!

Love reading about cities that are full of little villages and enclaves. Makes me want to visit Melbourne now:)

You must be thinking that you know Melbourne quite well. It may not be true as there is much more Melbourne is home to and why travellers take flights to Melbourne for. Superb attractions such as the Royal Botanical Gardens, Gallery of Victoria, St Pauls Cathedtral and much more are also what this fantastic Australian city is home to.